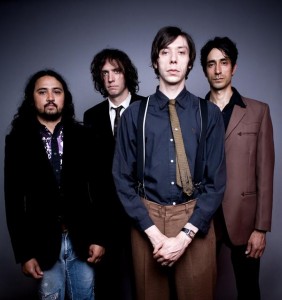 Led by brothers Dallas and Travis Good, the Toronto-based Sadies hone a distinctive sound that’s been around since the late nineties. It’s a strange-tasting but nevertheless enjoyable alt-country, psychedelic-surf, garage-rock cocktail. Renowned for collaborations with Neko Case, fifties R&B cult singer Andre Williams and Jon Langford, the band clearly enjoys playing well with others. Their latest album, “Darker Circles,” pays homage to just that, with a rich, musically collective vibe. But 2003’s “Mayor Of The Moon” is probably still their best—Jon Langford’s rough, Welsh bellowing couldn’t be better suited for keeping The Sadies from getting bogged down with under-developed country melodies. Their concert together is going to be great for anyone who enjoys supporting and paying homage to making music in Chicago in the now. (Dee Fabbricatore)