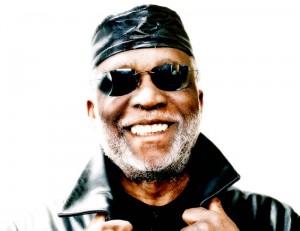 It is ironic that Ahmad Jamal is closing out this season’s “Made in Chicago: World Class Jazz” series on the eve of the opening of this year’s Chicago Jazz Festival, for this single concert could well upstage this year’s entire festival lineup.

A seminal pianist and composer of immense imagination and innovation who has had a monumental influence on musicians as diverse as Miles Davis, John Coltrane, Jay Z and Kanye West, Jamal has had strong Chicago ties from the beginning of his career back in the late 1940s when he arrived in the Windy City from his native Pittsburgh as part of the Four Strings, soon to be reorganized as the Three Strings.

Many significant Jamal recordings were made in Chicago, including his seminal 1958 “But Not For Me” that was captured at a live date at the legendary South Side Pershing Room and which remains a “desert island” album choice of jazz lovers everywhere. That album became the first instrumental jazz record to sell over one million copies. Half a century later, Jamal’s latest album, “A Quiet Time” (Dreyfus), shot to No. 1 on the jazz charts while Jamal remains the most sampled jazz artist.

Now 80 years old and celebrating that milestone as he has most of the years that led it up to it, by performing, Jamal and his group—which includes bassist James Cammack, drummer Herlin Riley and Manolo Badrena on percussion will open the evening, and then Jeff Lindberg’s Chicago Jazz Orchestra will play a short set alone, with a grand finale of Jamal and his ensemble joining the full CJO for an hour-long set, making this a rare opportunity to experience the magic of Jamal in a Big Band setting. (Dennis Polkow)