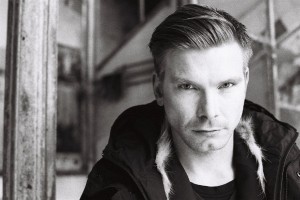 Smart Bar’s farewell to Sónar juxtaposes the dark, dancefloor-minded techno style of Marcel Dettmann with the jack-inspiring tech-house skills of Chicago’s Justin Long. The dot.bleep ambassador promises a much-anticipated techno set for the occasion. Dettmann, resident DJ at the revered Berghain nightclub in Berlin, employs the long mix, blending sparse yet percussion-driven tunes to deliver his futuristic techno message to the waiting crowd. His pair of remixes for Fever Ray’s debut album were impressive and his productions for Ostgut Ton and other imprints keep the masses hungry for his monthly chart. Justin Long’s set is shrouded in mystery as most of us are used to his familiar blend of house classics and glitch-influenced tech-house. A techno showdown is indeed a fitting end to Chicago’s dance with Sónar. (John Alex Colón)