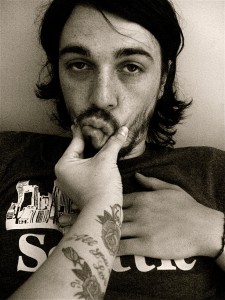 On the eve of the release of “Buzzard” on September 21, Margot and the Nuclear So & So’s will bring their new sound to Chicago, lead singer Richard Edwards’ home for the past few years. The group’s first output since the “Animal! /Not Animal” double release of 2008, “Buzzard” is the product of change.

This record, Edwards says, has “intricate work on composing it and arranging it and performing it. This time around, we decided we just want to go in with a really good band with as many good players as possible, do it really live and naturally generate the energy.”

And as is evident on the few singles available online from the upcoming album, it has taken the usual folksy, meandering songs to a more abrasive level, without losing its Midwestern charm.

Edwards and his host of talented musicians recorded the album live, with the band members playing together in one room. When seeing them perform, it’s hard to imagine this collaborative group could do it any other way. A chorus of handclaps and snaps, and complex layering of sound is not an uncommon occurrence for Margot and the Nuclear So & So’s.

The recording process, which included minimal overdubbing, should translate nicely to the live show, bringing the live playing experience of the album recording to an audience to experience, perhaps in a raunchier way.

“I think from the beginning, when we play live the songs are a lot more energetic and kind of ragged,” Edwards says. “So when people come see us, it takes what we do on the record and pours a bunch of whiskey onto that record.” (Lindsey Kratochwill)