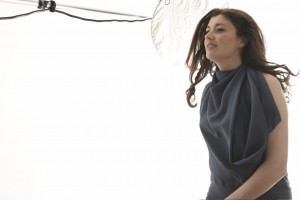 Clare Manchon and her group, The Reasons, play an upbeat chamber pop that works its way to curling up the corners of your mouth, coaxing you into a blissful smile. Raised on classic black American music, the likes of Sam Cooke and Bessie Smith, Manchon’s old influences seep into the new, creating a mesmerizing mixture of sounds.

Manchon’s father, Geoff Muldaur, is known for his work with the Jim Kweskin Jug Band. She says the folk and blues musician was a “great teacher growing up.”

Now, Manchon is creating her own music and famously writes her songs in her kitchen, inspired by the city surrounding her. New York City.

“I think I get inspired mostly from the outside world, outside of my bedroom where I’m supposed to write a song,” Manchon says. “I try to avail myself to be open to the city and the crazy things I hear and see and smell on the street.”

Clare and The Reasons will be touring with Van Dyke Parks, the legendary songwriter, composer and musician. It seems odd that a man who arranged “The Bare Necessities” for Disney’s 1967 classic, “The Jungle Book,” should be playing with this young pop group, but the way Manchon sees it, there’s nothing out of the ordinary. 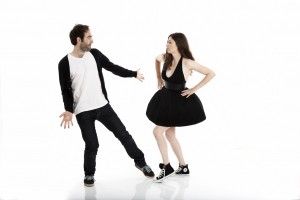 “We became friends with Van Dyke when we lived in LA for a heartbeat, years back,” Manchon says. “We’ve been kindred spirits with him, always kept in touch and everything.”

It began when Parks sent several messages on all platforms—telephone, email—to the band, saying they should play Paris together.

While they still haven’t played together in Paris, the group has collaborated with Parks both in the recording process and in touring. The style of show really showcases the musical prowess of both the artists, but provides a unique experience for hearing Parks’ music.

“It’s a rare event that keeps happening where Van Dyke is playing the music of Van Dyke. He’s such a collaborative guy that over the years usually he’s playing with someone else,” Manchon says. “Never has he really done a stripped-down, acoustic version of his songs. It makes them shine in a way that’s jaw dropping.”

Though it’s barely been a month since she played at Pritzker Pavilion, Manchon says “We’re thrilled to come back to Chicago. We’re developing a little crush and really have fun with the audience. We’ll try to be good that night.” (Lindsey Kratochwill)