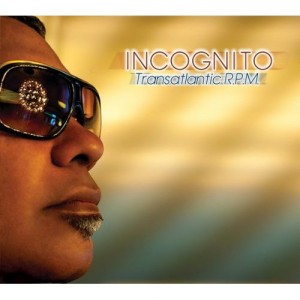 Bandleader Jean-Paul Maunick knew he needed to do something special for his group’s thirtieth-anniversary CD, and he certainly did not spare any creativity on this one. The presence of guest performers like Chaka Khan, Italian soul singer Mario Biondi, longtime collaborator Maysa and vocalist Leon Ware didn’t hurt, as each brought their own flavor to the music without changing Incognito’s trademark sound.

The CD kicks off with a a cover of Boz Scaggs’ “Lowdown,” which appears here as an inspired duet between Biondi (who reportedly speaks little English) and Khan. That is followed by “Everything That We Are,” a funky fusion between yesterday and today that features rapper Lucky Iam, who seems to understand the timelessness of the music behind his vocals, and he delivers a surprisingly fresh performance without overshadowing the track’s musicality. “1975” is a history of the group’s beginnings and the influences that helped build their sound.

Also worth checking out are “Line in The Sand,” a tune co-written by Ware, who provied a velvet-like lead, and of course “Expresso Madureira,” a bona-fide samba-funk written by Brazilian-based composers Jorjao and Claudio Madureira.

“Transatlantic RPM” is a gem that requires repeated hearings, and it is the perfect disc to have in the system during a party, as its grooves shine from beginning to end. (Ernest Barteldes)