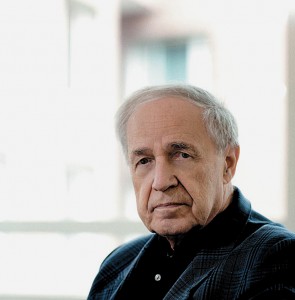 While music director Riccardo Muti is reportedly hospitalized in Milan and undergoing a battery of tests to determine the underlying cause of the “extreme gastric distress” that flared up before the CSO’s October 2 Symphony Ball and that forced him to withdraw from the rest of his fall residency concerts here, more backstage drama is emerging about this week’s replacement concert.

Why would Pierre Boulez, who along with Bernard Haitink both relinquished their official administrative involvement with the CSO after Muti took over the reins, be willing to interrupt a scheduled sabbatical put aside for composition to come back and pinch hit for Muti, but with a completely different program spotlighting Boulez’ strengths rather than Muti’s?

This week’s concerts were scheduled to be taped for an October 27 “Great Performances” that was to be broadcast nationally on PBS television stations, affording the curious across the country an opportunity to experience a slice of the Muti/Chicago magic in their own homes. With Muti’s withdrawal from the rest of his fall residency, CSO management needed to come up with a conductor and a program that would not have the orchestra lose such a high-profile national exposure opportunity. As such, Mahler, which is not a Muti strength but is a CSO specialty, seemed to foot the bill perfectly.

And recruiting Boulez, who at 85 may seem an odd choice to fill in for a relatively youthful-by-comparison 69-year-old music director yet who could conduct Mahler in his sleep and who has been the CSO’s conscience during the long six years since Barenboim announced his resignation as the previous music director, becomes a way of telling the world that even backup plans in Chicago are of a stellar quality that just doesn’t happen anywhere else. (Dennis Polkow)