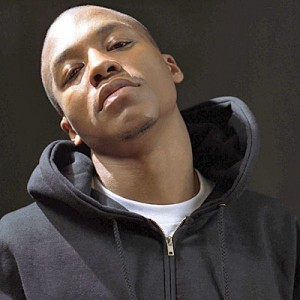 After a three-year lacuna following the release of Lupe Fiasco’s sophomore album “The Cool,” lovers of the rapper’s socially conscious hip-hop narratives are understandably anxious to hear new material. Last February, Lupe confirmed in an interview with Australia’s Triple J Radio that production of the new album, “L.A.S.E.R.S. (Love Always Shines Everytime, Remember 2 Smile),” had been finished for some time, but was awaiting release by Atlantic.

This July, Lupe announced via Twitter that a release date had still not been set for “L.A.S.E.R.S.” Two weeks later, fan Richard Barker started an online petition to force Atlantic’s hand. To date the petition has garnered more than 30,000 signatures.

Atlantic has since set an official release date of March 8, 2011, but not before Barker and company had organized a protest march, dubbed Fiasco Friday, in New York, which will take place this Friday, October 15. A simultaneous companion march has also been planned for Chicago, Lupe’s hometown.

Lead organizer of the Chicago march, Dan Winchester, says that a contract dispute was the probable reason for the previous delay by Atlantic, but that many Lupe supporters suspect there may be a deeper reason for the label’s inaction. Winchester claims that major labels are more likely to promote music that plays into stereotypes.

“In today’s music, Lupe is one of a kind,” says Winchester. “All the other rappers are talking about what kind of cars they’re driving, how much money they have, women, sex, violence and Lupe doesn’t support any of that… And they [major record labels] see what makes money and they see where our culture is right now and they say, well this guy can’t sell any records.”

As of press time, Atlantic Records was unavailable for comment. To date, the label has given the public no reason for the delay.

When asked what Lupe fans hope to accomplish by going ahead with the marches even after achieving their goal, Winchester replies, “We will continue to march, one, as a celebration to all the hard work that everyone has put into this, and two, to show them [Atlantic Records] what it will be like if they ever decide to do this again.” (David Wicik)

The Chicago march begins at 1:30pm, October 15, at the intersection of East Congress and South Columbus, in front of the Buckingham Fountain.