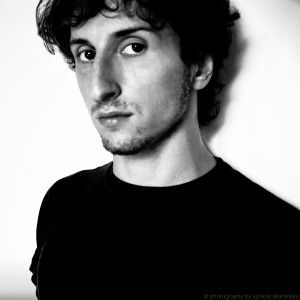 Tonight marks the Chicago club debut of Berlin-based producer Lucy (Luca Mortellaro), whose Stroboscopic Artefacts imprint has been gaining steam since its inception in 2009. Lucy has championed his self-applied techno tag of “compressed dub,” reflecting the influences of listening to the likes of Lee “Scratch” Perry and other reggae and dub sounds while in his youth in Italy. The result is that his techno productions and mixes are a dark, deep and unpredictable journey, from twinkling noises to a driving cacophony of sound—and everything in between. Joining Lucy behind the decks is Detroit’s Codine, whose releases on Blank Artists showcase a deft handle on Motor City techno both subtle and percussive. Rounding out the bill are DJs and event co-promoters Aron Ryan (Collusion) and Mathias Matthew. Matthew’s Migrashun crew also helped to bring in Christian Burkhardt to Vision last weekend, capping a rare two-week stretch of quality techno in the usually musically vacuous expanses of club fluff housed inside Vision—tonight, just make sure you head downstairs! (Duke Shin)