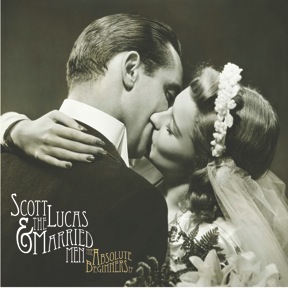 Scott Lucas & the Married Men will play a free show at the Empty Bottle for the release of their second recording, “The Absolute Beginners EP,” (released October 19 on G&P Records). Local H singer/songwriter Scott Lucas formed Scott Lucas & The Married Men as an attempt to do something different than his ongoing work with band-mate, Brian St. Clair. His current project includes seven musicians, and features a violin, an accordion and an organ. The EP’s title is named for the David Bowie track that they cover, and the four-song recording also features reworkings of two songs that appeared on the collective’s debut, and a cover of Local H’s hit “Hey, Rita.” Local H will also release an EP of cover songs, “Local H’s Awesome Mix Tape #1,” on the same date. (Carol Hilker)