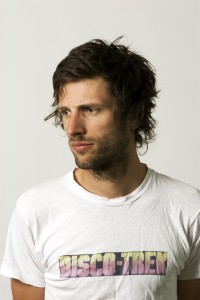 Hans-Peter Lindstrøm is not a DJ, and he’s not interested in playing your track. The human tent-pole of icy/cool Norwegian imprint Smalltown Supersound has influenced the sonic landscape of electronic dance music in a huge way. Consider it a case of global cooling, as evidenced by virulent disco-themed nights spreading worldwide, pitching down on tempos and making people shake more, fist-pump less. Sure, many detractors would love for this worldwide down-tic in dance-floor degrees to end, but Lindstrøm will likely keep moving onwards, simply by making music and performing it live. Typically, his live setup is basic, with a keyboard and a laptop running Ableton Live sequencing software. But this no-frills approach has served him well in his last couple visits to Chicago, most recently at 2009’s Pitchfork Fest, where adding just a touch of new improvisations—like a nasty acid squelch over the familiar prettiness of “The Contemporary Fix”—went over smashingly with the crowd. Having slowed down a bit with remixes (more of a forte for his semi-regular collaborator Prins Thomas, anyhow) and productions since the January release of the full length Lindstrøm & Christabelle “Real Life Is No Cool” (which featured minor crossover hit “Lovesick”), we’re hoping that our favorite Scandinavian disco don has some brand new Norwegian Wood to lay down, and perhaps we’ll get lucky with a sneak peak at new Lindstrøm material. And if not, well, Chicago is the last of only three stops that Lindstrøm has on schedule for the US. Miss at your own peril—it might be a minute before he returns… (Duke Shin)