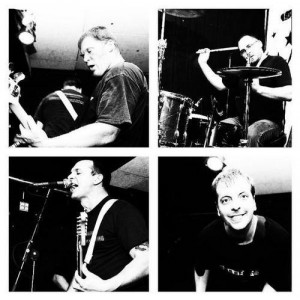 Chicago has had a rich history of independent punk bands, forming when the scene lacked vibrancy and ending when they paved the way for newer talent. In early 2000 the Methadones was one such band, comprised of veteran punks who paid their dues playing in legendary acts such as Screeching Weasel and the Vindictives. They hit the stage with a sound that was vastly different than the sum of their previous projects, based more on melodic vocal harmonies and powerful lead guitar riffs. Now, after more than a decade of high-energy alcohol-fueled punk and roll performances, the Methadones are calling it quits.

“There are many reasons why the Methadones broke up,” says vocalist Dan Schafer. “The main reason is that the band ran its course. I felt like for a long time we were just going through the motions. It was time to hang it up.”

For Schafer, the band’s legacy is more than entertaining fans. “I have fond memories of meeting my wife after a Methadones show at Liars Club around 2004,” says Schafer. “She would come see us play at the old Bottom Lounge. I had courted her for a while but was mildly rejected. Now in 2010 we have a baby on the way. ”

Even though the band has decided to stop playing, that doesn’t mean its members are disappearing from the stage. Schafer fronts the band Noise By Numbers and plays in his old bands Screeching Weasel and the Riverdales. Byrne has joined the power-pop act Cliff Johnson and the Happy Jacks (featuring members of seventies/eighties Chicago band Off Broadway). The Methadones drummer Mike Soucy and bassist Pete Mittler make up the rhythm section of the Bomb, a vehicle fronted by Jeff Pezzati (of Naked Raygun fame).

This last show should showcase a combination of their trademark melodic punk rock and comedic hijinks. “I’ll miss the self-deprecating humor a little, ” says Schafer—”the group of oddballs.” (John Wawrzaszek)