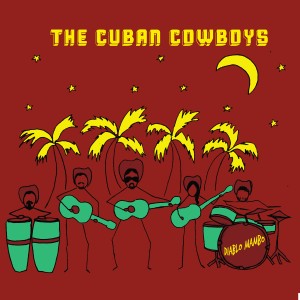 On their third release, San Francisco transplants The Cuban Cowboys (a project by former professor Jorge Navarro) have evolved from being a garage-like band with Latin tendencies to becoming a full-fledged alt-rock ensemble.  Though they still show strong influences from their New York City days (especially the opening track, the guitar-heavy “Cojones”), they have more fully embraced their Latin side by incorporating more percussion and allowing some jazz influence into their sound, which can be noticed through the improvisations of bassist Ayla Davila.

Among the highlights on the disc are “Oh Celia,” a dancefloor-ready tune that might hit airwaves if put in the right hands. “Check’s in The Mail” is a mambo with lyrics that seem to be a thinly veiled response to a lawsuit the group went through after a record deal went south a few years ago. That is made quite clear when you hear Navarro’s bleeped scream, “Talk to my lawyer, motherf (bleep)!”

“Shipwrecked Sailors” is a refreshing ska with a catchy wordless chorus clearly written to become sort of an anthem when played on stage. “El Danzon de Noventa Millas” and “Señor Balaban” fail to ignite because they lack Navarro’s trademark sense of humor, but “La Ventana” fondly looks back at the group’s initial Brooklyn years with a tongue-in-cheek tale about a window open to the temptations of the night. Recommended to fans of Latin alternative rock who have a taste for irreverence. (Ernest Barteldes)