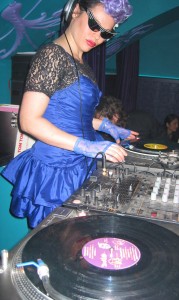 Freakeasy’s two-year run in the underground loft scene is over but the vibe lives on in a post-Thanksgiving soiree at Metro that features Deee-lite’s former songstress, Lady Miss Kier. The Freakeasy 2nd Anniversary Freakin’ Ball celebrates the continued tenure of the fabled Freakeasy initiative and rumor has it this won’t be the last time it visits Metro. Expect the finest underground sounds from the illmeasures DJs, including Striz and Justin Reed, a live set from Brad Miner, Radiohiro and MC Zulu. Additional highlights include live art installations around the venue to complement the musical performances. Presale tickets are available at http://freakeasy.net. (John Alex Colón)