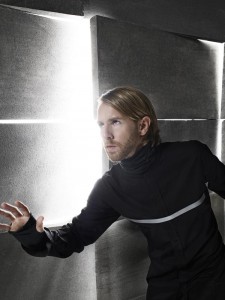 Enter the box set. Such backward trips through past creations, recent efforts and unreleased recordings are reserved for the end of the road, the geriatric frontman’s shameless grasps at the straws of relevance. With Richie Hawtin’s Plastikman project, such relevance is not only palpable, but also possesses an inertia poised to upend the electronic music live performance.

Hawtin acknowledges his defiance of the natural order and explains that his newest project, “Arkives,” encompasses all things Plastikman in an effort to “go back to some of those ideas we wanted to do back in those early days in Detroit, back to the early Plastikman shows.” His goal is to develop the moniker and live performance, which requires an update for longtime and newfound fans.

Such progression requires a sense of history and Hawtin’s answer is this comprehensive box set, which aggregates seventeen years of Plastikman material. The limited collection must be pre-ordered before December 31, 2010, and only the number of orders placed will be manufactured.

Along with remastered versions of Plastikman’s albums come additional CDs of rare efforts, including remixes for and by Plastikman, an unreleased John Peel studio session and “Slinky,” a new single, which signals the project’s official return. 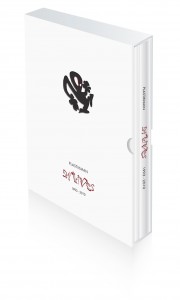 As Plastikman, Hawtin introduced a sound that was simultaneously psychedelic and brooding, a paranoid stepchild of the rhythmic, string-driven techno of Detroit’s reigning elite. Where producers such as Juan Atkins and Derrick May juxtaposed horns and keys, Hawtin inserted delayed percussion loops. Where May’s seminal “Strings of Life” raised hands in the air across dance floors, Hawtin’s equally essential “Spastik” sent eyeballs spinning throughout the rave scene.

Appearances, singles and remixes catapulted Plastikman to iconic status as the decade progressed. His endeavors, however, became conceptual, in some ways drawing fans closer, in others creating distance. Suffice to say that for years techno fans wondered where Plastikman went, and when he would return. What filled the gap was Hawtin’s own career on the decks, and the development of the m-nus label: a collective of like-minded artists capable of building uniquely upon their common sound.

Touring with this common sound carried many requirements, and m-nus is well-known for its demands on venues. Few artists can justify such demands, but Hawtin modestly asserts that he’s not labeling m-nus as “the best out there” but honestly feels they provide an “alternative to do things other people won’t do” and confirms his alignment to this path.

Already considering the 2011 and 2012 iterations of Plastikman, Hawtin must first “corral all the people in the world who are into the sound so we can do that kind of stuff,” by which he refers to past events, listing “Hard” and “Heaven & Hell” and later efforts such as “Sickness & Recovery.”

“They were always bigger,” he says. “When we knew we were getting more people coming, we would spend more money, get a bigger soundsystem, learn about new lights; it was always just kind of this growth, and experimenting with everything.”

In 2010, Hawtin used Plastikman performances to prove that the project is as innovative as its mid-nineties counterpart. He explains that “Plastikman usually happens when I feel that there is something missing in the scene, whether that’s from parties or from music albums and live shows.”

He admits the plethora of “good underground electronic shows,” but contends that “after that, there’s kind of a gap. Like Chemical Brothers and these bigger acts, they seem to be pre-programmed—commercial hits and singing—things that make me cringe. Maybe I have the potential to bring a large-scale underground show to the stage; maybe that’s where Plastikman should be.”

He admits that “there’s only so much you can do with other people’s music” and this sparked the realization that “to take this to another level would be to go back under my old moniker, under Plastikman, and bring this thing to the stage full-force.”