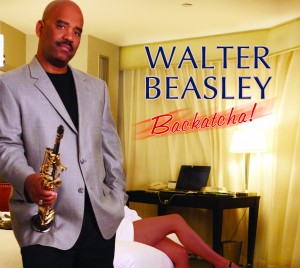 Saxophonist and vocalist Walter Beasley is one of those rare musicians who is able to see music as a whole and who also has the ability to blur the lines between genres. On his fifteenth release, he delves into soul, R&B, smooth jazz and even hip-hop with equal fluency. Opening the disc singing lead on Bill Withers’ timeless classic “Lovely Day,” he sets the tone for the rest of the album, which follows a smooth-jazz flavor spiced with touches of other sounds.

One of the tracks that immediately catch the listener’s attention is Beasley’s update of Isaac Hayes’ “Ellie’s Love Theme” (credited on the disc as “Ellie’s Theme”), a tune originally featured on the soundtrack of the classic 1971 film”Shaft.” While its composer’s orchestra-laden version was created to create the background for a love scene in the movie, Beasley’s take has more of a neo-soul feel that allows for some free improvisation around the melody. Another great moment comes with “Ooh Child,” a tune made famous by Nina Simone that here receives a more up-tempo feel. Fans hip to new sounds will certainly recognize Drake’s “Find Your Love,” in which multi-instrumentalist Chris Davis supplies a suitable backdrop for Beasley’s sax and wordless vocal grooves.

Among the originals, Davis’ “Expressway” stands out thanks to the funky instrumental backing, which allows Beasley to weave around the few empty spaces. “Backatcha!” is a testament to the saxophonist’s enduring talent. (Ernest Barteldes)