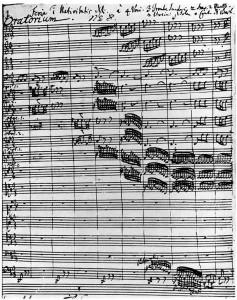 Although many of us think of the holiday season as being in full swing now that Thanksgiving is behind us, there was a time when Christmas actually began on December 25 and extended to January 6, the full “Twelve Days of Christmas” known to us in song. The season itself would then extend to encompass a full forty days, ending on February 2.

As inconceivable as it would be to us today, the weeks prior to Christmas, or Advent, were actually an austere, penitent time when no music could be played. As such, Johann Sebastian Bach wanted the first sounds of Christmas itself to be particularly jubilant, blazing forth with trumpets, timpani and chorus festively welcoming the newborn Savior.

Eighteenth-century German Lutheran worship services were literally all-morning affairs. The Leipzig services that Bach musically oversaw included biblical readings, hymn singing, organ preludes and postludes, a long and dramatic sermon, and a musical cantata based on the lesson for that day for vocal soloists, orchestra and chorus that Bach himself composed and directed.

The formula that Bach used for these cantatas remained fairly standard: several chorales, which were his own unique harmonizations of familiar church hymns or religious melodies, choruses, recitatives—which related that day’s biblical and/or sacred text—and arias, which were a “freeze-frame” on the action to contemplate on a particular pietistic aspect of the action or message.

This same formula is operative in the “Christmas Oratorio,” the label that Bach attached to his series of six cantatas written for and performed during the Christmas season of 1734. The Oratorio’s first three cantatas were performed on the first three days of Christmas (December 25, 26 and 27) and are based on the story of Jesus’ birth according to the Gospel of Luke, centering around the angelic announcement to the shepherds and the manger, while the last three cantatas were performed on New Year’s Day, the Sunday after New Year’s, and Epiphany (January 6), concentrating on Matthew’s story of Herod, the wandering star and the visit of the Magi. 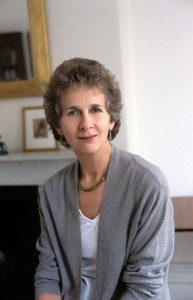 Performing the complete work in a single evening is a Herculean task for any ensemble, but an invaluable experience for the listener who is taken through a vast array of Christmas colors, timbres and textures, all bearing the unique and unmistakable stamp of Bach’s genius. Never has the familiar Christmas story been so thoroughly and elegantly told as in these festive pieces that burst forth with radiance and splendor.

Music of the Baroque is making a rare return to a signature piece long associated with it, a work that in fact it first performed in the mid-1970s and that a decade later was used for MOB’s New York debut at Lincoln Center. In those days, founder and longtime music director Thomas S. Wikman would offer the Holiday Brass and Choral concerts most years here and save the “Christmas Oratorio” for once a decade or so special holiday performances, but this year under Jane Glover—now celebrating her tenth year with the group and conducting her first-ever MOB “Christmas Oratorio”—Music of the Baroque will offer both to celebrate its fortieth-anniversary season. Soloists include soprano Lisa Saffer, mezzo-soprano Jennifer Rivera, tenor Paul Agnew and baritone Sanford Sylvan. Glover conducts the Music of the Baroque Orchestra and Chorus, a baptism by fire for the group’s new chorus director, William Jon Gray, who will also direct the Brass and Choral concerts later in the month. (Dennis Polkow)