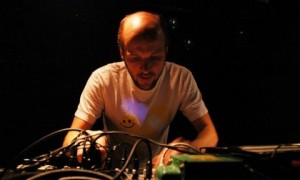 Through gently twinkling melodies and subtle machine beats, German microhouse innovator Rajko Müller, aka Isolée, possesses a rare talent in finding that illusive soul in the machine—the warmth and depth and emotion that is inexplicably a greater sum than the whole of its whirring, clicking, robotic parts (as evidenced by his early release on Playhouse, a sublime remix of Blaze’s house classic “Lovelee Dae”). His debut album “Rest” would follow in 2000, tent-poled by his previously released breakthrough track “Beau Mot Plage” and the eerie “I Owe You.” But only a mere smattering of releases would follow until 2005 with the unveiling of “We Are Monster,” which showcased a greater range, from the post-apocalyptic soundtrack feel of opener “Pictureloved,” to the classic R&B-infused riffing and twisted Americana of “Schrapnell.” Fast-forwarding to 2010, Isolée has remained active on the remix front with unexpected gold found from retreads of French next-big-thing the Shoes, and Ed Banger’s resident disco freak Mickey Moonlight. And while the latter showcases an incredible juxtaposition of off-kilter bending piano notes and warbled bliss with vocals, we wouldn’t expect to hear it, as Isolée is performing a rare live set—his first in Chicago since 2005—in support of his latest release on Dial, “The Fantastic Researches Of Yushin Maru.” But with an upcoming full-length on DJ Koze’s Pampa label set for January 21, Chicago fans will likely be treated to a preview of this much-anticipated release. Strong local support is also lined up for the night, with a live performance from Quadratic and the debut tag-team DJ appearance of techno stalwart Frankie Vega and underground makeparty machine Sevron. And just to make sure all of your senses are immersed in the evening, live visuals will be provided by video artist Kawa. File Under: Do Not Miss. (Duke Shin)