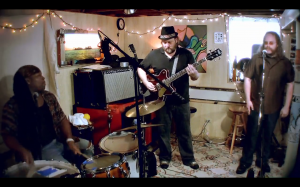 It wasn’t long ago that Chicago was not such a friendly place for DIY music culture. Local bands without a large enough following to put them on the national register were regularly turned away from venues, making it difficult for any local music culture to coalesce. In an interview for NPR’s music blog, Todd Novak of Chicago garage-scuzz label HoZac Records commented on the city’s tepid music market, referring to it as a “moderate point compared to the momentum that was churning at the beginning of the 2000s.” People could talk about an LA sound, or a Baltimore sound, but nobody knew anything about what Chicago “sounded” like, nor did they seem to care.

Luckily this is a situation that seems to be turning around fast. The DIY scene has experienced a renaissance over the past two years, and not only because of the insurgence of unlicensed DIY venues. Another crucial, and often overlooked factor contributing to the recent viral growth of music culture in the city are the blogs and other online media organizations that chronicle, update, review and generally expose unrecognized local artists.

Few are as familiar with the important role that bloggers play in the promotion of local music culture as Rebecca Lopez, who regularly works with a variety of Chicago blogs in her capacity as director of Betta Promotions. That’s why she recently decided to gather a clutch of her favorite local blogs to collectively host “Beats and Blogs,” a concert that would serve as a kind of “promotions-palooza” for the participating organizations.

Says Lopez, “I’d see a lot of shows sponsored by one blog or another and I thought, why can’t a show be sponsored by all the blogs and just feature them all so that people would be made aware of the people behind the scenes who are writing up stuff for these bands, because a lot of people on these blogs don’t get paid and it’s just nice to get some recognition.”

Lopez knows about the importance of communication in building a community. In her own business she often tries to pair bands in a concert that she thinks will be complementary. “I know all of the bands, but they might not know each other and the reason I put them together on a bill is because I think they will get along well, I think they will become friends and network.” And Lopez recognizes blogs for doing similar work, promoting emergent musicians while making them accessible to the musical community.

One of the most important sites for building the local scene is The Deli Chicago (chicago.thedelimagazine.com). Part of a growing national chain of sites focusing on local music cultures, all under the umbrella of Paolo De Gregorio’s New York music magazine, The Deli, The Deli Chicago has quickly become an important resource for Chicago’s musicians. The site’s editor, Jason Behrends, who previously worked on Gapers Block’s music-centric “Transmission” column, was tapped to start the Chicago edition in November of 2008.

What separates The Deli Chicago from other music blogs? Behrends points to the brief, informative format of The Deli Chicago’s content. Updates include features like new releases, local show listings, audience polls and best monthly CD write-ups. “It’s more of a news site as opposed to these long, drawn out articles and interviews… We mostly try to get the content out there in quick hits.” 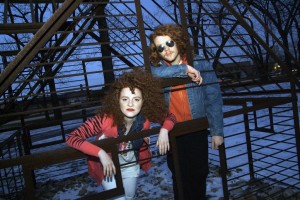 Moreover, Behrends says that in keeping with the overarching emphasis of Deli sites on local music, the main criterion for the Deli Chicago’s coverage is that any band featured on the site be based in Chicago, which is not the case for all local music blogs. “A lot of our readers are Chicago musicians themselves and I think they appreciate that,” Behrends says, “staying true to Chicago and not talking about the big bands that are touring into town.”

The site’s “Open Blog” page no doubt increases this insider respect for the site. More or less a community message board, the “Open Blog” is a blog within a blog where local musicians can post any update they want, with minimal moderation by Deli staff. Behrends sees this as a crucial component of the site, giving him insight into the local scene that he wouldn’t otherwise have, while building a true sense of community.

Another method for galvanizing local music culture lies in the Coach House Sounds project, which its founder, Matt Baron, refers to as a “community sound archive.”

By day, Baron is a Chicago Public Schools teacher, but by night he can be found gigging with his bands, Baron von Something and Tell Your Friends, and it was working with these groups that first brought him to a vintage coach house in Lakeview, which he had been using as a practice space.

Located just a few blocks away from the music venue Schubas, it wasn’t long before Baron got the idea to start inviting bands to record live sets in his own practice space, and Coach House Sounds was born. The project’s first session was in October of 2008, but the website, www.coachhousesounds.com, wasn’t launched until August of 2009. Baron says that the project snowballed pretty quickly since bands often recommend other bands they are affiliated with.

The focus of Coach House is the creation of a live set, outside of the concert hall. Baron points to the fact that they use an entirely analog setup: a two-track, quarter-inch analog tape, no overdubbing and an imperative on the band to mix live since the only output is a single floor monitor. Not to mention that the visual component of the Coach House archive—Polaroid photos and videotape—is analog as well.

Baron takes a philosophical view on the work Coach House does: “Being in the digital world, we’re trying to create something that’s not as fast, not as instantly gratifying. We focus on whole sessions that need to be listened to as a whole.” The analog aspect plays into this objective as it takes longer to edit and render analog recordings. And if the sound seems a little frayed at the edges, Baron is okay with that: “We take pride in our imperfections.”

But The Deli Chicago and Coach House Sounds are just the tip of the iceberg. With more than seventeen sponsors, “Beats and Blogs” will showcase a range of online music media, from the writerly content created by Loud Loop Press’ team of journalism students, to local-music-focused online radio stations like CHIRP and Fearless. And even these are merely an introduction, as Lopez is quick to admit. “We definitely didn’t cover all the blogs in Chicago, that’s for sure. We even found out about more blogs through doing this. My email has been blowing up with people asking if they could be part of this.”

The show, which takes place December 18 at Subterranean, will include performances by Chicago favorites White Mystery, Radar Eyes, Hollows and Rabble Rabble. But the real stars of the night will be the blogs, who will all have representatives present to spread the word about their work and where it can be found.