by Ernest Barteldes
January 6, 2011Filed under: 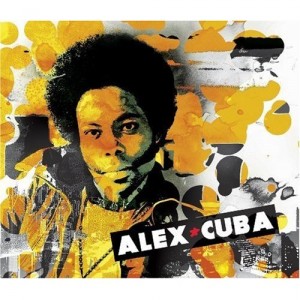 On his follow-up to 2007’s criminally underrated (but nevertheless well-received) “Agua de Pozo,” Canada-based  Alex Cuba continues developing his mix of Latin music, neo-soul, funk and jazz honed through years as a bass player in his father’s band back in his native Cuba.

The self-titled disc opens with “Directo,” a Spanish-language tune with a funky flavor that is marked by his trademark Gibson ES 355 guitar and carefully arranged horns. The disc also features the dance-inflected “If You Give Me Love,” his first English-language solo recording (he co-wrote several of the songs on Nelly Furtado’s self-titled 2009 disc). Also worth a spin is “Que Pasa Lola,” an up-tempo tune that has become a favorite sing-along moment during his live performances.

Cuba enjoys experimenting with different sounds, so the disc has something for everyone. “Hoy Para Sempre” has all the elements of Caribbean music, while the delightful ballad “Como Amigos” is a refreshing blend of European-flavored neo-soul with a Latin vibe. He lacks the ‘big voice’ characteristic of his fellow Cuban singers, but he has a subtle vocal technique paired with great guitar skills to compensate for that, and it is just a matter of time until he is discovered by broader audiences. (Ernest Barteldes)