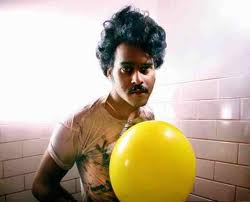 George Lewis, Jr. caught plenty of us off-guard last fall with the release of “Forget,” the debut record from his one-man act Twin Shadow. The Dominican Republic-born, Florida-raised Lewis found a way to blend borderline shoegaze eighties pop with soul, crafting a sweet collection of memories from his haunted past. (Run-ins with the KKK as a teen would give anyone demons.) Lewis seems to have been successful in severing those bad experiences from his psyche—on this record, he sounds like Morrissey, if Morrissey didn’t hate himself. He recorded “Forget” alone during lonely, late nights in New York, and it’s incredible he’s able to keep up the tempo considering that environment. “Forget” is a bold, charming and, at times, even fun debut, and Lewis has the makings of a transfixing frontman. Of course, now he lives in Brooklyn, and taking root in such a creative hotbed could change things for him. Going forward, he may not be so haunted. (Tom Lynch)