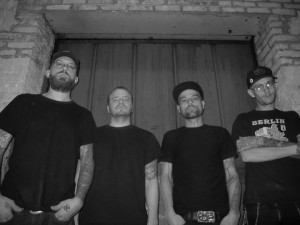 In the current economic climate, the word “free” represents an even greater premium than it might have in the boom times of the early 2000s. Which is why there’s plenty of cause to celebrate the Empty Bottle’s new Free with RSVP program, which the club has been implementing over the last few months.

The program builds on the Empty Bottle’s $3 Sunday and Free Monday concert series which have been bringing in cash-strapped music lovers for years now. The Free with RSVP program takes it one step further, putting the entire week in play.

Christen Thomas, director of promotions for the Empty Bottle, explains that the Bottle is always experimenting with new pricing options to try and bring new people into the club. “We try to be as customer friendly as possible at the Empty Bottle in pretty much everything that we do, so this is just another way of trying to get people into the club. And even though times are tough, and we understand that, we want to make sure people are still coming out, having a good time and getting to see good music,” says Thomas.

By and large most of the bands that have been booked to play the free shows have been local groups. Thomas notes, however, that touring bands often play in support and some larger acts have been booked, including Chord and an upcoming show featuring local doom-metal rockers Indian. Regarding the latter show, Thomas comments, “That’s been sort of gangbusters for us in terms of people being really excited about the RSVP.”

To RSVP to an upcoming show, email to rsvp@emptybottle.com with the name of the band playing in the subject line and your full name in the body of the message before midnight (12am) the day of the show. (David Wicik)