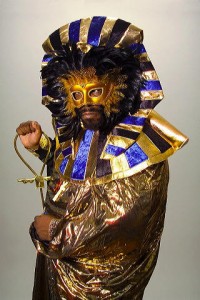 Canceled due to illness

Chicago’s latest splash in clubville might occupy the same space as Rive Gauche/Mannequin, but you have to hand it to The Mid for garnering a fair amount of excitement for its lineups. House, techno and electro-rocked bookings from high-profile guests are sure to shake up dance-floor denizens’ night-move destinations, but landing hip-hop pioneer and godfather of electro-funk Afrika Bambaataa behind the tables just might be the DJ equivalent of having the Dalai Lama bless a new temple. His history is one of legend, turning street gangs to his famed Zulu Nation, and pushing the b-boy elements of hip-hop culture with boy and girl dance crews, DJs and graffiti artists. But by the time Bambaataa started making global waves in 1982 with the electro-funk party starter “Planet Rock,” Bambaataa was now backed by the Soulsonic Force and would follow up his Kraftwerk-sampled smash with “Renegades of Funk” (which enjoyed a later rebirth thanks to Rage Against the Machine) and “World Destruction” featuring John Lydon’s caterwauling vocals. Bambaataa would enjoy continued success and club relevance in the nineties working with Westbam and in 2000 with the release of “Afrika Shox,” his collaboration with Leftfield. Tonight, the legendary producer, DJ and musical innovator will be joined behind the decks by local support from Intel, Maker and Trew, along with San Francisco’s Shred One. “Party people, can y’all get funky?” (Duke Shin)