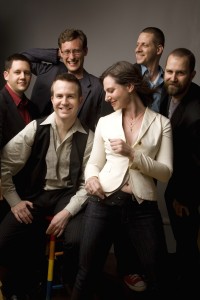 When Igor Stravinsky wrote his 1936 “An Autobiography,” he made what has become an infamous statement that, “I consider that music is, by its very nature, essentially powerless to express anything at all, whether a feeling, an attitude of mind, a psychological mood, a phenomenon of nature, etc.”

Coming from the composer of some of the most radically expressive music of the twentieth century, the paradoxical passage took many by surprise, to say the least.

Others viewed it merely as a contemporary reiteration of the nineteenth-century French aesthetic of L’art pour l’art, rendered in Latin as Ars gratia artis, or “Art for art’s sake.”

The idea that art neither had—nor needed—any ulterior purpose whatsoever other than to be art had become so commonplace in popular culture that it even became the motto of Metro-Goldwyn-Mayer studios, shown encircling a roaring lion before every MGM movie.

Nigerian novelist Chinua Achebe in his 1976 “Morning Yet on Creation Day” offered one of the most biting criticisms of what he considered an arrogant, abstract and Eurocentric view of culture, declaring that “art for art’s sake is just another piece of deodorised dog @#!*%” (sic)

“That debate fascinated us,” says Lisa Kaplan, pianist for the Grammy Award-winning contemporary music ensemble eighth blackbird, “and became the catalyst to curate pieces specifically intended to convey passion versus ‘absolute’ or abstract music for its own sake.”

The end result is a two-part concert series at the Museum of Contemporary Art on two Saturdays, January 22 and February 5, called “PowerFUL/LESS,” attempting to present the case for and against Stravinsky’s claim that music is powerless to express anything at all.

Two of those works—the Rzewski and the Corigliano—include text—one narrated, one sung—raising the issue of whether the presence of words automatically tips the argument. “You could certainly make that claim, but it depends on the words,” says Kaplan.

Rzewski’s 1972 “Coming Together” features text by Sam Melville, a political prisoner who died in the Attica prison riot and whose prophetic words predicting his demise “take on new significance when repeated within a shifting Minimalist sonority.”

John Luther Adams’ 2007 “The Light Within” expresses Adams’ belief that “music can contribute to the awakening of our ecological understanding.” 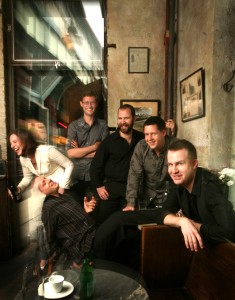 The second concert of music written for its own sake juxtaposes Steve Reich’s influential sixty-five-minute 1974-6 “Music for 18 Musicians” with the monumental “Chaconne” finale from Bach’s Violin Partita No. 2 in d minor (BWV 1004) arranged by eighth blackbird violinist/violist Matt Albert for the same piano and percussion-dominated ensemble as the Reich piece.

“I think there will be some surprises in store,” says Kaplan, who admits virtually going into a “hypnotic trance” when she plays Reich’s piece, a calling card of Minimalism, though is quick to point out that the same repetitions can be perceived as tedious to others.

The Bach “Chaconne”—long seen as the pinnacle of the violinist’s art and a favorite encore of virtuoso violinists who are called upon to emulate counterpoint across the instrument with double stops—is also a different experience when those lines are actually filled in by other instruments, according to Kaplan. “The piece has a repeated bass line that in its own way was rather Minimalist in its day.”

Still, given that Brahms described the Bach piece as “a whole world of the deepest thoughts and most powerful feelings,” is there a danger that audience members might perceive the “power” of this music despite its being presented on the “powerless” side of the debate?

“That is part of the fun,” says Kaplan, “is that everybody has their own experience,” which could be interpreted as tipping the debate in favor of Stravinsky with his additional claim that, “If, as is nearly always the case, music appears to express something, this is only an illusion and not a reality.”

Curiously, there is no Stravinsky—who made the statement that became the catalyst for these concerts—to be heard on either program. “No, he didn’t write much chamber music that fits the instrumentation of our ensemble,” says Kaplan.