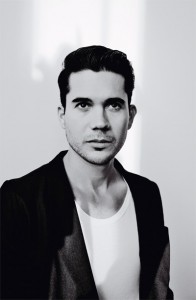 Techno hyphenate Matthew Dear has been a regular visitor to Chicago over the years, most recently back in October with his full live band at the Metro in support of 2010’s excellent “Black City,” Dear’s third full-length album. While some fans might be less engaged with his recent pompadoured, crooning Morrissey act, and maybe wish he’d just show up with a bag of records and DJ, you have to give Dear credit for constantly evolving his performances. This time around, Dear revisits the Big Hands project he debuted back in 2007 at the Empty Bottle. Opening for Dear is local electro-psyche-rock outfit Loyal Divide, who recently remixed Dear’s “Slowdance.” Following the live performances, DJs will take over, with local favorites Orchard Lounge and former Chicagoan Lee Foss commandeering the decks. Foss has made plenty of waves since leaving Chicago for LA, debuting on Resident Advisor’s vaunted Top DJ poll for 2010 at #38—the highest debut this year. His avalanche of recent productions—both solo and with Jamie Jones as Hot Natured—reflect the same formula he’s been using to construct his sets for years: combining deep house and techno influences with the playfulness of disco and nineties R&B. Foss doesn’t appear to be slowing down anytime soon, with his latest collaborative project, Pteradactil Disco (Jones, Foss, Robert James and FB Julian) dropping the “Big Ass Biscuit/Clive’s Alright” EP next week on Hot Creations (Foss & Jones’ label, natch) and his anticipated “Your Turn Girl” EP dropping later in February. A cool customer behind the decks, we wouldn’t expect too many hands-in-the-air freakouts. Set phasers for: tastefully restrained and boogie-tested for a more discerning dance floor. (Duke Shin)