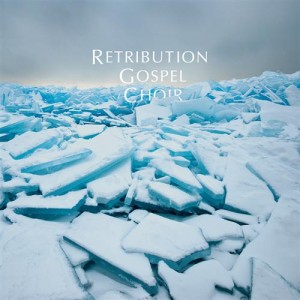 Personally, the only thing beautiful about a Minnesota winter would be the thought of leaving it in my rear view mirror. Duluth’s Retribution Gospel Choir, instead of being repulsed, cowed or defeated by such frigid prospects, however, seems to draw inspiration from it, as the album art to its latest release, “2,” will attest. The frozen blue slabs of glacial ice piled like pig iron on a slag heap that occupy the cover of the new record entomb, we must imagine, the Atlantic’s western-most deep-water port (Duluth, that is), and if I can be permitted to trespass into the realm of shoddy metaphors, RGC’s music is, like those harbors, cold, deep and hard-working. The part-time gig of Low frontman Alan Sparhawk, RGC definitely borrows some of the doleful attenuation of that project as well as some of the psychedelic guitar brume of the seventies. It’s kind of like Acid Mothers Temple on Valium doing BTO covers, and if you can’t picture that, imagine if instead of the desert, Jesus went to test himself for forty days on the frozen tundra. (David Wicik).