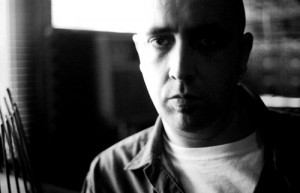 While more and more new musicians are colonizing the territory of hauntological music, few can summon the actual creepiness of Meat Beat Manifesto’s fringe electronic work. For twenty years, MBM has been releasing records that meld industrial, trip hop, jungle and dub sounds into a disorienting mind-trip. Their 1998 opus, “Actual Sounds and Voices,” named for the many found audio clips that accent its gnarled, house-cum-free-jazz symphonies, probably produced the act’s most recognizable track, “Prime Audio Soup,” which made an appearance in the soundtrack to the mega-millions-grossing “The Matrix.” MBM stalwart Jack Dangers puts together another excellent walk on the dark side of aurality in his most recent, 2010’s “Answers Come in Dreams,” which, as the name suggests, pushes even further into the subliminal basements of sound. Piecing together sci-fi frequency tweaking, seismic dub tremors, industrial beat-making and swirls of concrète (sic) sounds into a sonically verbose machine which somehow manages to move; one can even imagine dancing to this, although what grisly shape that danse macabre might take is a mystery to me. (David Wicik)