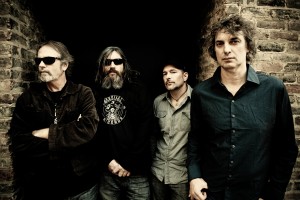 Though this Aussie band has struggled to find mainstream success in the United States (their second release stateside was rejected by their then-label back in the day), they eventually found the respect they deserved here in the past decade, as they evolved from a new wave sound to more progressive-rock-leaning tendencies.

Recently inducted into Australia’s Aria Hall of Fame, the current lineup (Steve Kilbey, Marty Willson-Piper, Tim Powles and Peter Koppes) will be performing three albums in their entirety, starting off with “Untitled #23” and then looking back into the nineties with two of their most successful albums in the US, “Priest=Aura” and “Starfish.”

The current tour also marks the re-release of the group’s early albums on the indie label Second Motion Records, which will come fully remastered with bonus tracks and additional sleeve notes and photos for the pleasure of their diehard fans. (Ernest Barteldes)