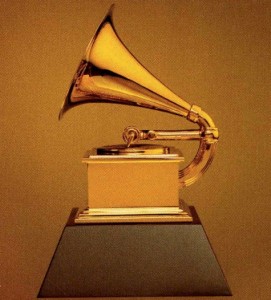 Last Friday, the CSO announced that a cardiac arrhythmia was the diagnosed cause of Riccardo Muti’s February 3 collapse and that his prognosis was excellent, with a standard pacemaker. His doctors at Northwestern, Donald Lloyd-Jones MD and Bradley P. Knight MD, issued a joint statement: “As has been reported, Maestro Muti had a fainting spell that resulted in a fall. The fainting spell was caused by a common heart rhythm disturbance. Fortunately, the remainder of the Maestro’s medical evaluation has revealed that he has superb heart function. In order to prevent possible future episodes of slow heart rate, we have implanted a standard pacemaker. Pacemakers are small devices (about the size of a silver dollar) that continuously monitor the heart rhythm and can deliver a small charge to create a heart beat if the patient’s own heart rate drops too low. Patients with pacemakers live full and active lives with excellent prognosis. We wish him the best as he takes time to heal, and we are sincerely grateful to him and his family that they chose to entrust his cardiovascular care to our team of renowned experts at Northwestern Memorial’s Bluhm Cardiovascular Institute.”

“I am so grateful to all of you for your support, caring and words from your hearts to mine,” Muti said in a written statement. “I am so disappointed that I was not able to share in the music making by our great Orchestra these past weeks. In my rehearsals, the Orchestra sounded like angels, and I wanted so much to make music together with them. A music director’s relationship with his orchestra is like a marriage. Together, we are a family and we bond in times of joy and in times of challenge. I think it was destiny that I came to Chicago and I think what has happened is also destiny, because now I understand and feel more comfortable than ever about returning to my work.”

Helping to speed along Muti’s recovery was the Sunday announcement that he had won his first-ever Grammy Awards for his first Chicago Symphony Orchestra recording, a CSO Resound issue of the Verdi “Requiem” which won both “Best Classical Album” and “Best Choral Performance.”

Monday it was announced that Muti had been released from the hospital and had even held player auditions at Symphony Center that afternoon. His jaw remains wired shut and he still cannot eat solid food but was “running around the hall” and handling administrative duties “energetically,” according to CSO president Deborah Rutter at Monday evening’s season announcement which was made without Muti “because he doesn’t want to be a public figure just now.”

The relief felt at Symphony Center that the mystery as to the cause of Muti’s collapse had been unraveled was clearly discernible in the euphoria of CSO staff as it unveiled grand plans for next season, which on the surface at least, looked demanding and reportedly had not been altered due to Muti’s diagnosis. “We always had paced his schedule,” says Rutter, “leaving plenty of down time for him. What happened seems to be related to stresses from a couple of years ago catching up with him, not anything to do with Chicago.”

Meanwhile, this week’s performances would have been the last of Muti’s winter residency, but have been handed over to Italian conductor Gianandrea Noseda to give Muti additional recuperation time. While Stravinsky’s “Le baiser de la fée” and the Brahms Second Piano Concerto with Norwegian pianist Leif Ove Andsnes remain on the program, Borodin’s “Polovtsian Dances” from “Prince Igor” are replacing Varése’s “Arcana.” (Dennis Polkow)

How fortunate and proud we all the Chicagoans and the devoted music lovers in USA must be to have a precious privilege of having Maestro Muti as the music director of CSO, who could be one of the best after the eras of Bernstein, Karajan, and Solti! True proving of one’s dear friendship, love, and integrity to another will be best manifested when the latter encounters an unexpected, critical, medical crisis in his or her life. I am deeply amazed and grateful by the way the CSOA has stood, supported, and handled the entire crisis stemming from the Maestro Muti’s… Read more »