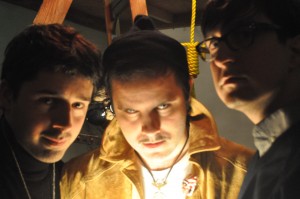 It’s not surprising that the thirteen new songs on The Beets’ “Stay Home” don’t come off as significantly different from anything the Beets released a few years back on “Spit On The Face Of People Who Don’t Want To Be Cool.” That’s not the point of playing in a band like this. Instead, guitarist and singer Juan Wauters, along with bassist Jose Garcia, want to tackle tough issues like girls, hanging out and puking by using familiar musical constructions. Working with Captured Tracks for both of its full-lengths has granted the Beets a sympathetic outlet for its purposefully simple, acoustic-guitar-led sing-alongs.

“We released stuff with Captured Tracks, because Mike (Sniper, label honcho as well as the brains behind Blank Dog) wanted to put out the record we were selling on CD-Rs,” says Garcia via email. “Since then, he puts out generally anything we want. And we’re allowed to do any artwork we want for the record. That’s really important to us.”

Having such an open forum allows the Beets to work up fare like “Watching T.V.” and “Flaxing Seed,” the latter comprising what sounds like gibberish and a handful of scraggly, dangling chords serving as a fifty-five-second connector between compositions. The slacker aesthetic pervades the Beets’ various recordings—the group’s ability to sound tossed off is one of its more endearing qualities. Granted, “Stay Home”’s a step forward in fidelity for the ensemble. But in its uncaring attitude, there’s still some intangible element coaxing an optimistic feeling from even the most dour listener. 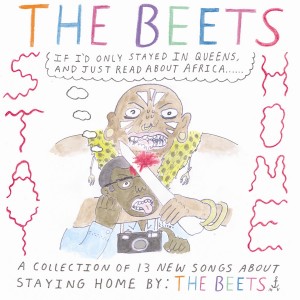 “Just a Whim” sets out to discuss motivation and winds up counting as a manifesto for independently produced rock groups. While the do-as-you-please-not-as-you’re-told concept runs through lyrics by just about any punk or garage group, the sentiment’s rarely been expressed in such casual tones. There’s not a hint of aggravation or contempt. The Beets just languidly spew out what’s running through everyone’s head. Sometimes their instruments are even in tune. (Dave Cantor)