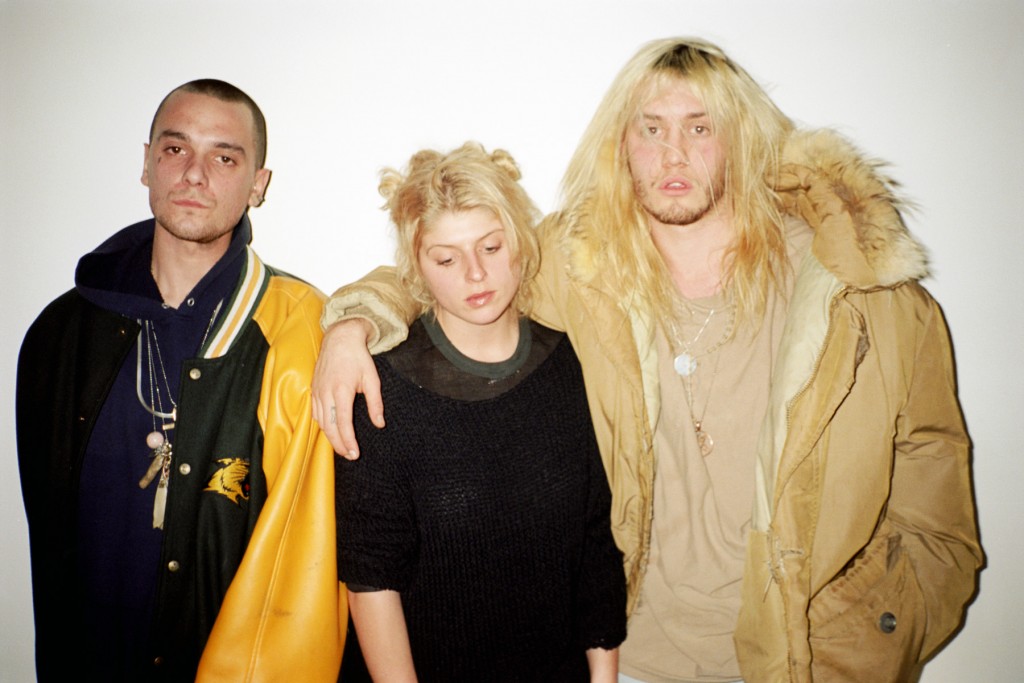 About a year ago, Salem—the Michigan-Chicago triad of Jack Donoghue, John Holland and Heather Marlatt—was slated to play a show at The Fader Fort, a temporary venue-slash-cross-promotional-emporium built by The Fader, Levi’s and a handful of other brands for South by Southwest (SXSW) 2010. The group’s presence in Austin was being given a high profile among industry tastemakers. NME, for one, placed them at #2 on their “10 Biggest Buzzes At SXSW” list. This was probably for two reasons: one, in 2008 Salem had been principally responsible for launching a new genre, drag, with the release of their debut EP “Yes, I Smoke Crack”; and two, up to this point Salem had played only a handful of live sets.

There was still an aura of mystery surrounding Salem last spring, despite the hype machine’s preliminary pawings. They released their music online and eschewed interviews in favor of a cryptic MySpace page. They preferred the anonymous dispersion of the internet to participating in the public personas that were already being manufactured for them. And they certainly weren’t interested in, to use Marlatt’s word, “hustling” to get their sound out there; the show in Austin was to be only their fifth live gig.

It turned out to be one of the most controversial performances of the festival, a kink in the smoothly calibrated machinery of the music industry. Here’s what happened: the three of them traipsed onto the stage looking suitably disheveled, accompanied by an unnamed girl who proceeded to smoke cigarettes and to text for the entire length of the set, which was admittedly weak.

The critics were quick to point out all the technical demerits that made the show a flop: the sound wasn’t big enough for Salem, they didn’t know how to play their music live, they only played twenty minutes, the sun was out and the fog machine wasn’t working. Fader’s own Matthew Schnipper purpled up his prose in writing “Salem’s ingenuity comes in the invention of its own creation myth. Played clean, there is no mystery.” True enough, but the appearance of a disinterested non-performer under a spotlight that so much money, planning and cultural arrogation had gone into erecting probably didn’t help their case.

But Marlatt points out the obvious, that when it comes to playing live, “It just takes a long time to figure it out. All bands go through that process. It’s just that, when we did, it was all being documented already. There was no time to practice or develop without being under a critical eye.”

Meanwhile, when asked about the impromptu guest, Holland simply explains, “We were staying with her and she was hanging out with us during that festival and we just said she should hang out on stage.” This kind of guileless attitude is characteristic of Salem, and is probably (if the truth were told) what people hate most about them.

Salem is a band that you either love unconditionally or hate with a passion. Critics usually lash out at Salem for one of the following reasons: that their music is just a poorly executed mélange of other genres like shoe-gaze, dirty south hip-hop and noise; that they are not technically proficient as musicians; that both their music and their image are denigrating to black culture.

But such bile-spouting often seems to have more punitive aims. Village Voice writer Christopher Weingarten rehearses the previous arguments in his scathing, bullet-point takedown of Salem track “Trapdoor,” but not before listing that his number-one reason for hating them is that they “really, really, really, really don’t care.” Moreover, taking umbrage with the fact that Salem originally slept through an interview with New York Times writer Ben Ratliff, Weingarten sets a ballistic tone for his piece, reporting that in the interview which eventually took place, Salem “gives answers so waffley and non-committal that I’m convinced they’re too stupid to function as humans let alone musicians.” (It should be noted that Salem were all awake and on time for their interview with Newcity.)

He later wonders “how these talentless fuckups sleep at night EVER, let alone through Ben Ratliff’s phone calls.” Presented in this light, it’s hard to accept his arguments as objective. Salem’s critics deliver their verdicts like personal vendettas, as if the band’s success is a willful act of misdirection that must be exposed.

When asked why such a stark divergence of opinions about his band exists, Donoghue jokes “Because we’re the truth, and some people hate that.” Marlatt then clarifies that since their sound is unique, it may not be immediately accessible, and might require more of a personal investment to appreciate. Moreover, she points out just how much time people invest in venting about Salem, concluding that “if you’re thinking about it that much, even if you hate it, it’s good.”

What all of the critics seem to miss is that after everything is said and done, Salem is still a sound that works. If you came to Salem expecting to find the next Pavement, then you were always going to hate it. What attracts people around the world to Salem’s music doesn’t have anything to do with linear songwriting, but rather with the aurora of feelings its sonic textures evoke. 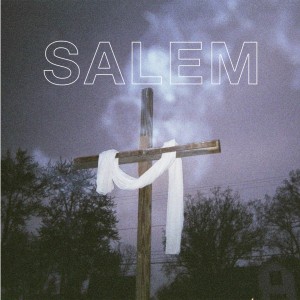 Darkly claustrophobic, immense and filled with longing for a future already forfeit, Salem makes music that resonates with a generation whose reality changes at the speed of giga-hertz processors. If you need to square Salem with something in the culture, call it pop-art. Maybe anyone can pair gazey synths with juke beats and chopped and screwed production, but how much skill does it take to paint soup cans in different colors? Yet every one knows Andy Warhol’s name, his works are still displayed in museums around the world, and nobody complains.

In the end, last year’s show at Austin probably ended up making Salem’s career more than it did breaking it. Donoghue takes the line that all publicity is good publicity, and that the exposure that accompanied the little debacle probably helped to promote their new album, “King Night,” which was released last year. Certainly, having the hyper-relevant Carles of the blog Hipster Runoff weigh in on the matter helped solidify their base.

Next Tuesday, Salem kicks off its first North American tour (and only their second tour to date) at the Empty Bottle. A monthlong stint giging in Europe this winter should give fans reason to be cautiously optimistic that the group has gotten their stage act together. And the Empty Bottle, a dense space with a full-bore PA, will certainly be a better venue to see Salem play than an open-air day show where the sound guy is chugging through half a dozen quick change-ups a day.

Whether you will ever like their music is another story. But as much as Salem wants your love (and cash via buying their records), they will always appreciate your hate. As Holland puts it, “There are a lot of people who make music that just makes you feel passive, and that we’re not being put in that category is fine with me.”

i hate them because jack came to my house, burned his initials into my wall, held my friend down against his will and forced him to drink beer, picked a fight with my roommate, and tore my friends journal in half. a true asshole. i sent him a message about it and he twittered it, as though he is proud of his behavior. nothing about what he did was “cool.” he brings darkness and i hope he finds help for his disease. i dont care if the music is good and no, jack, you are not “the truth” (pffft). au… Read more »

if you want to be a band that doesnt make people feel passive, do it with your music, not your misguided hate. in the end, you arent your music then, you are but a life-long performance piece of asshole performance art. why dont you be truthful about that?