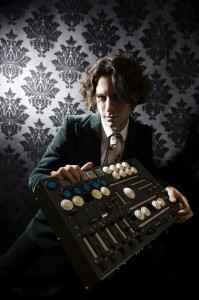 Simultaneously garnering props from music industry hotshots and technology aficionados, Moldover’s 2009 debut album was more than an Internet flashpoint, it fostered the growth of a paradigm shift in live electronic stage acts: controllerism. Like a phoenix rising from the ashes of a dysfunctional MacBook, Moldover’s work catapults the stoic, laptop-based events of years past into a new era of rockstar idolatry, with the software controller in the driver’s seat. An unmistakable rock influence pervades his musical efforts, which deftly run the gamut from rapid, techno-fused breakbeats to glitch-inspired funk. Moldover will be supported by the DJ skills of Chicago favorites Striz, Magpie and Duke Shin. (John Alex Colón)