by Ernest Barteldes
March 7, 2011Filed under: 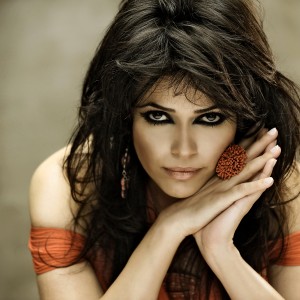 One of the most acclaimed Judeo-Spanish singers today, Yasmin Levy uses the language of flamenco to blend songs in Ladino (a Jewish dialect once spoken by Spanish Jews that has almost disappeared) and Castilian Spanish. On her latest album, “Sentir” (Harmonia Mundi), she bridges that gap with beautiful numbers like a cover of Leonard Cohen’s “Hallelujah,” five original songs and a new tune by acclaimed producer Javier Limon, who is also a pianist and composer in his own right. On a live format, she shows a great sense of humor and caustic wit, especially toward her husband, percussionist Ishay Amir. (In a review published in Europe, she reportedly introduced her band and then said “don’t worry about him” when his turn came.)

Levy has recently announced on her website that she and Amir are expecting their first child. “We always planned to raise a family and are very excited with this news,” she wrote. However, she plans to continue to tour “as long as I can” until the blessed time comes. (Ernest Barteldes)