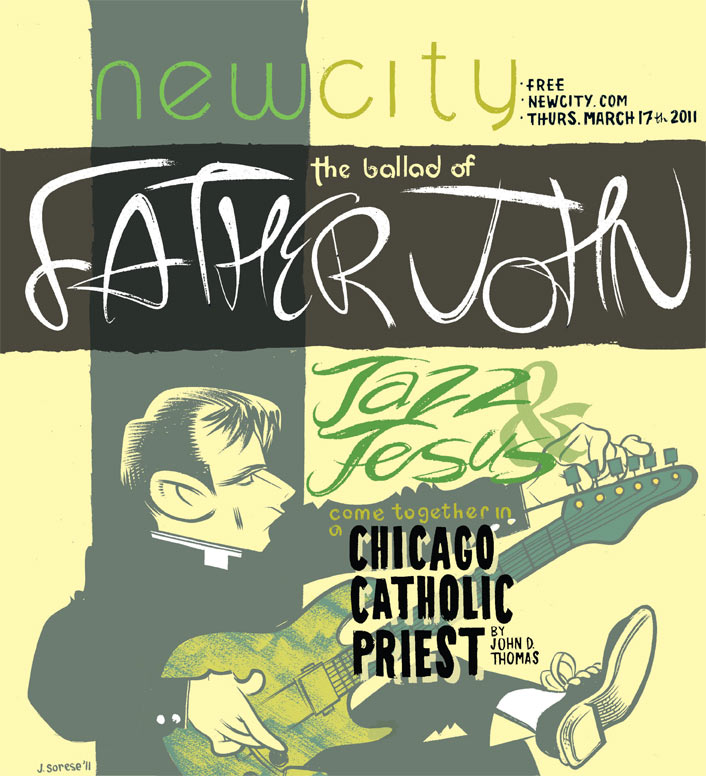 “All praise be to God to Whom all praise is due.” —John Coltrane, from the liner notes to “A Love Supreme”

The first is God’s house. A recent appearance brought Moulder to St. Alphonsus, an imposing Gothic church on Chicago’s Near North Side. Resplendent in a dark green cassock, the handsome 49-year-old priest is there to preach the Gospel to an attentive flock of young people, mostly in their twenties, at a Sunday evening mass.

A small group of musicians to the right of the altar play piano, stand-up bass, acoustic guitar, flute and drums. The combo plays with a loose soulful folkiness. From the altar, Father Moulder joins them in song, although he’s certainly not blessed with pipes of gold.

But Moulder can be forgiven his nasally, off-key tone because he’s not there to sing. He’s there to preach the Gospel, and his homily is sage and mellow. Moulder uses Jesus’ words from Luke about his disciples admiring the temple: “As for what you see here, the time will come when not one stone will be left on another; every one of them will be thrown down.” Rather than addressing the apocalyptic end times Luke alludes to, Moulder focuses on endurance and perseverance.

“What is Jesus up to?” Moulder calmly asks the congregation. “He’s taking things we rely on for security and warns us not to rely on them.” Kingdoms and nations don’t last forever, he explains, and our ultimate security is “found in God’s steadfast love.”

A few weeks later, Father Moulder gives a performance that is no less spiritual, but the audience and house are wildly different. An internationally renowned jazz guitarist and founder of the upcoming Chi-Town Jazz Festival, this time, Moulder is part of the band: he is playing guitar at the iconic Green Mill as a member of the all-star orchestra Guitar Madness.

Neil Tesser, author of the “Playboy Guide to Jazz,” has described Moulder’s playing as “exquisite,” “sharp” and “imaginative,” and the Green Mill is jammed for the annual charity event. People swill drinks at the bar and jockey for a vantage point at the standing-room-only event, hoping to get a good view of the acclaimed axe men. Moulder sets up on the far right of the stage, directly opposite a cheesy, topless statue of Dionysus. He’s sharply dressed in a dark turtleneck, and he’s clutching a pristine, blonde Buscarino electric guitar.

As the band marches through an upbeat rendition of the John Coltrane classic “My Favorite Things,” Moulder’s solo rolls around. He bobs his head rhythmically as he intricately picks out notes, smiling to himself as he goes in and out of the zone. As he finishes up, the wowed crowd, dominated by guitar geeks, erupts in appreciation. Moulder has taken them to a higher spiritual place, and they shower him with applause to show their love for his God-given gift. 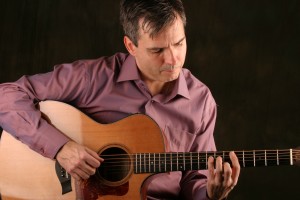 John Paul Moulder was born on April 12, 1961 in Lake Forest, Illinois. He loved music early on. “My earliest memories are really of music. My brothers and sisters, who are like 13 to 20 years older than I am, tell me that before I could talk they could tell me what record they wanted and I would go and fetch the 45 and put it on. I just loved music. My earlier memories are of taking apart a record player; it was almost symbolic of trying to get inside music in some way and connect with it. So it has always spoken to me.”

While attending Lake Forest High School, Moulder glommed on to the seventies folk-guitar craze and began earnestly studying the instrument. He learned the blues but gradually segued into jazz after being inspired by popular players like guitarist George Benson. After graduating from high school in 1979, Moulder attended Southern Illinois University in Carbondale, earning a degree in psychology in 1983. While in college, he gigged in bands and continued honing his chops on the guitar. But music wasn’t the only thing that spoke to him at that time in his life.

“The priesthood was something that always had been a question,” he explains. Moulder worked at the Catholic Student Center in Carbondale for a year after he graduated, continuing to master the guitar and contemplating turning his faith into a vocation. After that year was over, he says it felt like a natural decision. “I thought, ‘Why don’t I enter seminary?’ I was young enough at that point to give it the time that you require to know for sure, because I wasn’t absolutely certain. I went into seminary when I was 25, and I really did enjoy it. It was a great time in which to be there for me.” 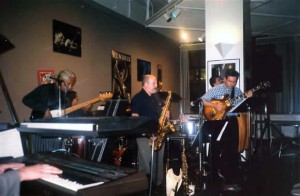 It would have been easy for the music to die for Moulder. But the guitar was not something Moulder was willing to give up, and he found his teachers and fellow students at the bucolic St. Mary of the Lake Seminary in Mundelein to be quite progressive and supportive of his love of music. Moulder says if they hadn’t been supportive of his musical passions, it’s likely he wouldn’t have become a priest.

Moulder says the jazz-club crowd was welcoming as well. “Fortunately, musicians just respond to how you play and if they like it. I have found a lot of support from musicians, and really minimal strangeness about the fact that I am a priest.” He says that it might have been his own attitude that made other musicians feel comfortable jamming with a priest who doesn’t drink. “Maybe it’s the way that I try to handle it, which is just like, well, it’s no biggie. And it isn’t. I have never wanted that to be any kind of a wall in any way. In fact, I’d like to move much beyond that.”

Moulder says music helps him stay focused when he’s out playing gigs. Temptation looms much closer at dimly lit jazz clubs: The term jazz itself is a synonym for sex, and the art form got its start in the red-light district in New Orleans in the early 1900s. “A priest is no different than anyone else in having romantic feelings at times,” he says. But his passion is music. “There is a touch of romanticism in my music. Freud understood that there are many ways to channel one’s passions. He saw creativity as a form of sublimation. I prefer to see creativity and music as a gift, one that I have been given, enjoy immensely, feel passionately about and wish to share with others.”

“A person in my parish told me that Duke Ellington once said, ‘Music is my mistress,’” Moulder recalls. “I don’t know if it’s that plain and simple, but I think there is a way in which all aspects of the person—spiritual, sexual, emotional—all these different sides come through in a person’s playing.”

When Moulder was ordained in 1990, he began to formally combine his spiritual and musical selves. He continued his musical education, earning a Master’s Degree in Music from Northwestern before going on to teach music at several schools, including Northwestern and Roosevelt Universities. He continues to lead masses at churches throughout the North Side, although he is not affiliated with a particular church. Moulder, who works as a “chaplain for artists,” brings together the secular and the spiritual through fine arts events. While he doesn’t play guitar at his masses and his two audiences—parishioners and jazz lovers—are mostly disparate, he’s beginning to connect the two. As director of the Arts Alliance of the Archdiocese of Chicago, Moulder organizes events to bring the audiences together, like a poetry and music series and a symposium on theology and the arts.

Moulder believes jazz and Catholicism are not in conflict with each other but rather share many of the same values. In an essay entitled “The Sacred and the Secular in Jazz” published in the theological journal “Chicago Studies,” Moulder wrote, “Jazz is imbued with values of freedom, self-expression and equality between all members of the ensemble (each gets an opportunity to solo). Jazz is prophetic in embodying the spiritual values that affirm the dignity of each person and their freedom of speech, which should be realized in society…. [Jazz] serves as a vehicle to express humanity’s indomitable spirit and its quest for the divine.” 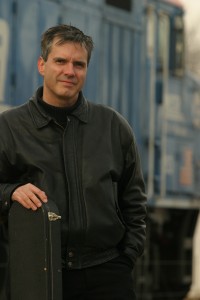 Last year, Moulder organized the first Chi-Town Jazz Festival in March. The six-day fest was modeled after similar events in New York City and took place at multiple venues across the city. The festival is back this year, running from March 22-26 and including a performance by Branford Marsalis at Symphony Center.

Moulder said the priesthood appealed to him in large part because of the opportunity to make a positive impact on the lives of the poor, a motivation Moulder has brought into the jazz world as well: Proceeds from last year’s festival went to benefit groups like the Greater Chicago Food Depository, and some $17,000 was raised. “By and large people were very generous, and that’s what I loved about [the festival],” Moulder explains. “I would love to see it grow and double, triple the size of what we earned for the poor.”

Moulder’s personal quest for the divine through music has found expression on four records under his own name as a band leader as well as on many other albums for which he has played as a member of someone else’s band. His first album, 1993’s “Awakening,” marked the start of his musical collaboration with drummer Paul Wertico. A legendary jazz drummer who earned seven Grammys as a member of the Pat Metheny Group, Wertico is also Assistant Professor and Head of Jazz and Contemporary Music Studies at Roosevelt University.

Wertico describes Moulder’s musical talent as “world-class,” explaining, “He’s got a real aggressive style, but it’s still melodic and really lyrical. He’s got tons of chops, but for me I always hear really cool melodies in his soloing as well, probably because he is such a good composer.” Wertico has played drums on all of Moulder’s solo albums, and the most recent, 2009’s “Bifrost,” was named to the list of Top 10 Innovative Jazz Releases of the year by the Chicago Tribune.

Wertico is also awed by Moulder’s abilities to juggle all the responsibilities he’s taken on. “I don’t know how John does all this stuff that he does. It seems like he’s living three simultaneous lives; he’s a priest, he’s a teacher and he’s a player. So he’s able to do all those things and he can do all three of them fantastically.”

It’s a busy admixture that Wertico believes serves the church well. “He’s a great representative for the church as far as showing that it’s not necessarily mired in dogma. I think it’s a great thing because he gives a very cool face to the church. And the parishioners I have talked to are really proud of him. I think if anything he’s a benefit to the church’s image and at the same time I don’t think the church has necessarily limited him because he’s a spiritual guy.”

Wertico says Moulder is part of a long line of musicians who have found solace in spirituality—he’s just taken it farther. “There have been a lot of musicians, like John Coltrane, who were very into spiritualism. There were a lot of practicing Buddhists, like Wayne Shorter and Herbie Hancock. So the spiritual element, whether it’s part of an established church or religion or if it’s just people praying through their instrument by themselves, I think that connection to something bigger than just their guitar and amplifier, there’s something to be said for that.”