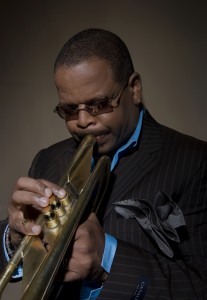 Bringing together Terence Blanchard and Branford Marsalis is a reunion of sorts for these two New Orleans-born musicians. Blanchard first started playing as a young man alongside the saxophonist’s younger brother, trumpeter Wynton Marsalis, and Blanchard also studied under the family’s patriarch, pianist Ellis Marsalis.

Both musicians have gained legendary status in their own right: Branford Marsalis is the leader of one of this generation’s most solid jazz quartets and a successful music producer, while Blanchard has made a career of writing movie scores for more than forty films, including Spike Lee’s poignant 2006 documentary “When The Levees Broke: A Requiem in Four Acts.” In addition, both were—alongside saxophonist Donald Harrison and Wynton Marsalis—partly responsible for the resurgence of jazz during the late eighties. (Ernest Barteldes)