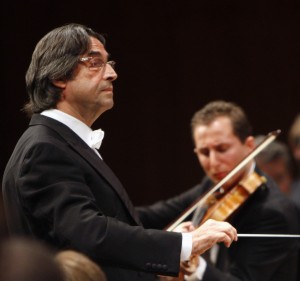 Another week of high drama for CSO music director Riccardo Muti, despite the fact that he is no longer in Chicago and is not expected to return until next month’s CSO concert performances of Verdi’s “Otello.” Against the explicit orders of his Northwestern doctors who felt he should have at least two more weeks of rest here, Muti flew to Rome and conducted his scheduled opening March 12 performance of Verdi’s “Nabucco” at Opera di Roma. Muti, who missed much of his inaugural fall residency due to what Italian doctors diagnosed as exhaustion, and all of his winter residency after collapsing here during a rehearsal on February 3 and having subsequent facial surgery and a pacemaker installed, has yet to address why he would so directly defy doctors’ orders. Even the press office of the Opera di Roma noted publicly that Muti was appearing against doctors’ orders, the company clearly wanting to absolve itself of any responsibility for what could happen.

CSO president Deborah Rutter attended the performance in Rome and said that Muti was “in great shape,” but noted that he “was lifting his left arm a little lower than usual.” Rutter also said that Muti had allowed an assistant conductor to prepare the work before he arrived, “something that he rarely does” so that he could come in and take over at the last possible moment.

Perhaps a clue as to Muti’s motivation came in a headline-making move during the performance: after the thunderous applause following the Act III chorus of “Ah pensiero,” Muti turned to the audience and spoke about draconian Italian government cuts to arts funding and said that he would do an encore of the popular chorus, if the audience would join along. The piece, which has become a virtual Italian National Anthem and is known even by Italian schoolchildren, was sung by everyone in the theater standing at full attention conducted by Muti facing them, four days before the 150th anniversary of the unification of Italy.

It was also announced last Wednesday that Muti will be awarded the Birgit Nilsson Prize for 2011 at the Royal Opera in Stockholm in October with its one-million-dollar prize, the largest given in classical music. The award is given out every two to three years to a currently active singer or conductor and was established by the legendary Swedish soprano best known for her Wagnerian roles, who died in 2005. Muti is the second recipient; the first was Plácido Domingo.

Muti was cited “for his extraordinary contributions in opera and concert, as well as his enormous influence in the music world both on and off the stage.” “Maestro Riccardo Muti personifies and exemplifies all of the qualities that were so important to Birgit Nilsson: extraordinary work, dedication and passion for music over many decades,” said Birgit Nilsson Foundation President Rutbert Reisch. “When I heard that the Birgit Nilsson Foundation had chosen me for this distinguished award,” said Muti in a statement, “I was deeply touched by the jury’s accolade, all the more so given my profound admiration for this unique and extraordinary artist, both as an incomparable musician and as a great interpreter. The presence of Their Majesties The King and Queen of Sweden will make this particular honor even more significant to me.” 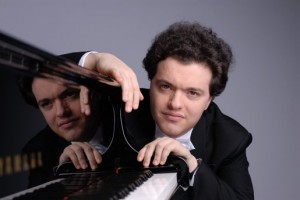 Meanwhile, the CSO has been in excellent hands with the two-week residency of Swiss conductor Charles Dutoit coming to an end this week. Dutoit offered a remarkable performance of the Berlioz “Roman Carnival” Overture that I had the occasion to watch him rehearse the morning of the first performance where he carefully took the ten-minute piece apart, phrase by phrase, section by section, perfecting all details before putting the pieces back together for a forty-minute seminar on old-school conducting rehearsal techniques at its best. Dutoit did the same with the Penderecki Concerto grosso for Three Cellos and Orchestra, even using the break to work out further details with the soloists. Dutoit and the CSO also participated in a “Beyond the Score” look at Elgar’s “Enigma Variations.”

This week Dutoit turns his attention to music of Sibelius, the Suite from “Karelia,” along with the Grieg Piano Concerto with Evgeny Kissin as soloist and Stravinsky’s “Petrushka.” (Dennis Polkow)