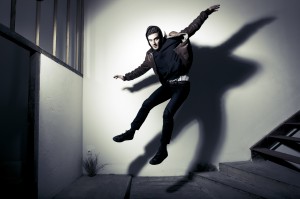 Following the late-winter release of his impressive “Space Is Only Noise” album (Circus Company), fans of Nicolas Jaar are likely wondering what to expect from his upcoming appearance at SmartBar. Hardly similar to previous adventures in tech-house, Jaar’s latest includes nods to jazz, blues, R&B and ambient breakbeat, resulting in compositions that place him closer to James Blake than Richie Hawtin on the electronic-music continuum. Rest assured that Jaar is also aware of the conundrum this presents, particularly as a touring artist associated with dance music. His slow-burn approach proceeds from the downtempo aesthetic, to which he adds effect-laden layers of bass, instrumentation and vocals. What results could be deep house, jazz-fueled breakbeats or defined by a lack of percussion. Jaar’s body of work is replete with elements often described as organic, ethereal and melancholy, in order to define efforts that defy traditional genre labels. Jaar’s music sits comfortably in that defiant category for his interest in and talent for composing disparate, yet sonically intriguing elements. As such, there is little need to discuss his use of Ray Charles’ samples or what his album says about the state of electronic music. (John Alex Colón)