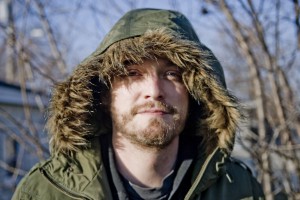 Dotcom startups might be a dime a dozen, but what about reincarnations? At its launch in 1999, Epitonic.com was a pioneer in the online music service realm, offering the “ability to download and stream what was selected carefully by a staff of editors,” says Justin Sinkovich, one of the site’s original co-founders, providing cutting-edge tracks along with playlists and suggestions of other music for its followers. As an online environment for people to discover new and obscure artists with a legal, safe and easy-to-use format, Epitonic.com garnered a large and loyal fanbase; however, the company’s finances “began going under water,” Sinkovich says, explaining its dormancy since 2004. Twelve years to the day after its first launch, Epitonic relaunched its site on March 8, after Sinkovich reacquired its rights. “Sponsorship and advertisement is a much healthier marketplace” than it was in 1999, “iTunes was not around and people weren’t as comfortable shopping online,” says Sinkovich, now a full-time faculty member at Columbia College. (Tiana Olewnick)