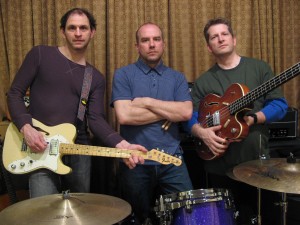 For the first time since International Pop Overthrow began back in 1998, the music festival will feature the first-ever reunion of the very group whose iconic 1991 album that the festival took its name from: Material Issue.

It has been twenty years since the Chicago power-pop trio released “International Pop Overthrow,” which was re-released on April 5 on Hip-O Select as a twentieth-anniversary edition. In addition to a remastered version of the original album and a booklet of rare photos and a lengthy band retrospective and appreciation, also included are six of the eight non-album tracks that appeared on the 1991 promo-only disc “Eleven Supersonic Hit Explosions,” the 1988 track “Sixteen Tambourines” and the unreleased “The Girl With the Saddest Eyes.” Bonus tracks include Material Issue covers of songs by Sweet (”Blockbuster”), Thin Lizzy (”Cowboy Song”) and Simon & Garfunkel (“The Boxer”).

The IPO music festival, which began two years after the 1996 suicide of Material Issue frontman Jim Ellison that abruptly ended the band, could scarcely have foreseen actually booking a reunion of surviving members bassist and vocalist Ted Ansani and drummer Mike Zelenko. The duo are reuniting as Material re-Issue for an April 23 one-time-only live performance of the complete “International Pop Overthrow” album with singer-guitarist and Ellison friend Phil Angotti.

“I didn’t play the drums for an entire year after Jim died,” says Zelenko, preparing for a band rehearsal at a Wicker Park music store. “It was such a shock, and it took me about five years to really come to terms with it. The band had been together for ten years, we had come of age together. In those last days, I spent a lot of time with Jim, and knew that he was down, but still, you don’t expect something like this.” Ansani agrees. “Yes, the band had its ups and downs, disagreements and fights, like any band does, but so what? We would have recovered.”

The actual motivation for Ellison’s suicide remains a mystery nearly a decade and a half after the fact, as his family has never released the contents of the suicide note that he left when he turned on his car engine in a closed garage and became lethally asphyxiated by carbon monoxide poisoning on June 20, 1996. Speculation has ranged from lost love to being unhappy with the band having been dumped by its record label after disappointing record sales, but Zelenko thinks it was a combination of factors including clinical depression. 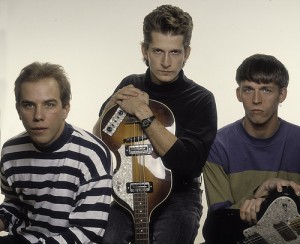 “Jim did become involved with someone who was from the East Coast, from good schools, a well-off family,” says Zelenko, “and she did move in with him rather quickly. He took her departure quite hard since she was the opposite of everything he was, as if he wasn’t good enough for her. On a good day he would know this, and if he were here now, he would laugh about it. He also was hanging out with some folks who had a destructive influence on him in that there was a lot of hard partying going on.”

Neither Zelenko nor Ansani ever saw the note, but Zelenko says that both of them were mentioned in the first paragraph. “I never saw it, and I don’t need to see it,” says Zelenko.

When asked if either of the surviving band members ever took Ellison’s suicide as a rejection of them either as band members or as friends, Zelenko says he never entertained the thought, but that anything was possible. “I will say this,” he offers, “Jim was a rebel. In the true rock ‘n’ roll spirit, he was always on the edge. And he was a loner, despite attempts for us to be there for him. Today he would have been diagnosed bipolar or some such thing and they would have given him medication. But he was also a daredevil, and loved to cut it close. There is a part of me that believes that he did not really want to go through with this, that he went through all of the motions, wrote the note, got in the car, turned on the key, as a dramatic cry for help that unfortunately, never came, because he went over the edge and it was too late.” Ansani agrees completely.

Leaving aside that single irrational but irrevocable act that has only added to Material Issue’s cult-like status, Zelenko and Ansani are, at long last, ready to publicly celebrate the very special music phenomenon that was Material Issue. “Without Jim Ellison, there will never be a Material Issue,” says Zelenko, “but we do have the songs, and with the acknowledgement of the importance of that album as it’s being re-released and a special time in Chicago music history where there was a mecca of great things going on here with all kinds of bands. Playing these songs together again for the first time after so many years is wonderful and therapeutic.” 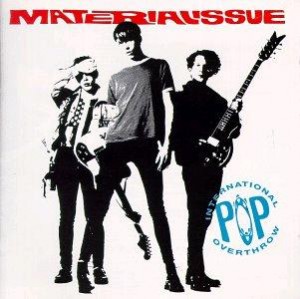 Material re-Issue had a test run last week at FitzGerald’s in Berwyn, and running through the album track-by-track in order in rehearsal with an audience of one in an after-hours music store, the craftsmanship of Ellison’s songwriting—which had always been strong in memory—reveals itself as astonishingly high. The opening track and the band’s biggest hit “Valerie Loves Me” is as well-known a song as any from the early 1990s, as is “Diane,” but even lesser-known material is loaded with the catchy melodic hooks and, ironically, life-affirming lyrics that were Ellison’s signature.

Angotti is a lanky stage presence, much as Ellison himself was, and Ansani and Zelenko both sound crisp, tight and as energetic as they ever did. When I mention that Ellison told me years ago that he felt that Ansani and Zelenko were the real musical talents in the band, Zelenko shakes his head, smiles and says, “Jim could really be full of shit. He was just as good as we were, if not better, being that he made the biggest improvement in his skill level from the time we started until the end. That was a compliment to us, yes, but a self-deprecating one.”

“Jim and I were friends and fellow guitar geeks,” Angotti offers during a break, “and I was in a band at the time, Idea, that actually did a couple of Material Issue covers along with our own stuff.” Zelenko and Ansani both note great similarities between Angotti and Ellison’s songwriting and playing style, but they did not ask that Angotti try to imitate Ellison. “We’re similar enough that there was no need for that,” says Angotti, “and the whole thing is a bit weird: I keep thinking if positions were reversed and that if someone were standing in for me doing my songs with the Phil Angotti Band, I would be flattered, and I hope Jim would be. His songs are so strong, they deserve to be heard.”

And while Angotti is keeping to the sparse guitar sound that was Ellison’s trademark, he is not afraid to let himself rip a bit on some of the guitar riffs, solos and add an occasional additional effect, all perfectly complementing the material. “If Jim were still with us,” says Angotti, “I would like to think that he would have kept improving as a guitarist over these years the way I hope that I have, and I think if he were playing this material today, you would hear that.”

[…] still plays “Diane” like it just came out. The surviving members of the band can still draw crowds with a sound-alike in place of their beloved frontman. For as much buzz as his band still generates, Jim Ellison might as well be on the world’s […]