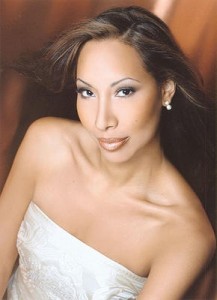 The tradition of reciting the four gospel accounts of Christ’s passion and death during Holy Week goes back to the fourth century. By the thirteenth century, this was done in Gregorian chant and, over the centuries, settings gradually became elaborate, reflective of the musical styles of the day, culminating in the magnificent eighteenth-century passion settings of Johann Sebastian Bach.

Bach is attributed with writing five Passions to correspond to his five annual sets of church cantatas. Of these, two have been entirely lost—there have been attempts to reconstruct a “St. Mark Passion” torso from other surviving borrowed Bach pieces used in the work—and the “St. Luke Passion” bearing Bach’s name is the work of a Bach student or minor contemporary.

This leaves the “St. John Passion” and the “St. Matthew Passion,” two of the supreme glories of Western music, and thanks to Soli Deo Gloria, pieces Chicago is now going to hear in regular annual rotation with Bach’s “Mass in b minor” during Holy Week in an annual performance called the Chicago Bach Project.

Soli Deo Gloria, which is Latin for “To God Alone be the Glory,” was a phrase appropriated by Protestant Reformers indicating the belief that every human endeavor should be directed towards God and God alone, and not for self-gratification or personal pride. Abbreviated as SDG, Bach, a pious Lutheran, wrote it on virtually every manuscript of sacred music that he composed—including all three of these works—usually cited as cornerstone pieces of Western music but which have not received regular performances here since the heyday of Music of the Baroque. 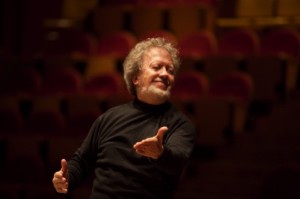 “As an organization,” says conductor John Nelson, well-known for his legendary eighteenth-century-opera performances at Lyric Opera and as a conductor of vast and diverse repertoire around the world—as well as the artistic director of the Glen Ellyn-based SDG since its founding seventeen years ago—“we came into being to commission new sacred works by contemporary composers.”

Nelson, who is the son of missionary parents and attended Wheaton College half a century ago and describes his own religious views as evangelical, is as interested in revealing the sacred message of these works as well as their music wonders, which all agree are second to none.

Even in all-too secular Paris, where Nelson led an always-sold-out similar cycle at Notre Dame Cathedral every Holy Week for a decade, Nelson says that the annual event changed the city.

“Whatever your religious persuasion,” says Nelson, “and even hearing these works as the highest creations of music apart from their religious message, there is something about hearing them during the high point of the Christian year, i.e., when the story happened in the calendar, and in a sacred space, and with the highest possible quality forces assembled, that is a game-changer. You do not come to these performances and leave the same as when you entered.” 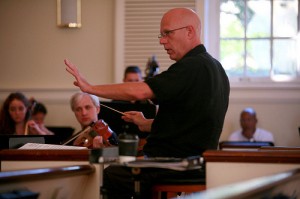 At DePaul University’s St. Vincent de Paul Parish on the North Side—a performance venue carefully chosen as much for its acoustics and visual beauty as for its ideal location—retiring Lyric Opera chorus master Donald Nally is preparing his carefully auditioned assemblage “of the best singers in the city” and is working on textual and musical issues of the beloved choruses of the “St. Matthew Passion.”

“Yes,” says Nelson, “we could have started with the ‘St. John Passion,’ a smaller work, but we wanted to begin this tradition with a real bang.” “St. Matthew” calls for large forces, particularly by eighteenth-century standards, including two orchestras and choirs that are often employed antiphonally creating the effect of Baroque “stereo,” as it were.

As if that weren’t enough, a separate children’s choir—supplied by the Grammy Award-winning west suburban children’s chorus Anima—introduces a chorale tune in the midst of the dizzying polyphony.

The orchestra will be made up of modern instruments “because I don’t know what, if any, period-instrument scene there is in Chicago yet,” says Nelson, “but there will be a carefully scaled balance of choral sound to instruments as Bach intended.”

Hearing the two adult choirs singing in such an exposed manner with only piano accompaniment gives tremendous insight into Nally’s virtual obsession with detail. He is constantly sculpting, constantly shaping and the resulting sound is stunning.

Not surprising for a man who is used to preparing choruses to sing in operas with styles as vastly different as Handel, Verdi, Wagner and Puccini simultaneously, Nally, who has conducted the “St. Matthew Passion” “more times than I can count,” is almost operatic about differentiating the various roles that the choruses and each of the soloists take in the piece.

As with every aspect and detail of this performance where the highest level of quality is being attended to, the soloists are first-class, including favorite Lyric Opera soprano Nicole Cabell, who admits she has never sung the “St. Matthew Passion” before, but says that she finds the power of the work “mesmerizing” the more she has delved into it.

Sitting back in the St. Vincent rectory with her visiting-from-California mother, Cabell, looking every bit the glamorous diva with ankle-high black boots and a gorgeous spring outfit, says that Baroque music is still by and large new for her, but as a singer who finds Mozart most in her comfort zone and Handel something she is working towards, Bach challenges her voice, but “in a good way.”

“There is remarkable depth to this music,” says Cabell. “You know that going in from the reputation of this piece, but that doesn’t prepare you for how deep this well is until you submerge yourself. The discoveries at every turn at both a human and a music level are remarkable.”

“It’s almost other-worldly,” agrees Nally, but Nelson, is hardly surprised. “If I were on a desert island and could have one piece with me, this would be it. This city is in store for something very, very special.”

[…] Bach is making headlines this week as Chicago prepares for Palm Sunday, Passover, and Easter. In honor of Holy Week, Motet […]