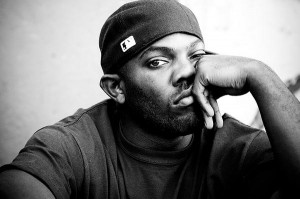 There’ve been rap concept albums. Some have succeeded and some haven’t. One Be Lo, however, is the only MC who’s attempted a trilogy of them. With three hours worth of music spread over his albums between 2003 and 2007, the Michigan-based performer dealt in jazz and funk samples familiar to anyone hoarding Tribe albums and revisiting the first few Common discs. What’s interesting about the samples One Be Lo landed on is that more than just a few come from a disc called “Waterworld” as issued by Binary Star towards the latter portion of the nineties. He was one of two MCs in that group.

When Binary Star re-pressed its first, and ultimately only, album a year after its release, all involved should have expected success. It never arrived, but you can buy a CD copy of the album for sixty bucks on eBay if you hurry. With Binary Star’s dissolution, One Be Lo immediately set about crafting a solo career. Referencing the same omnipresent lyrical tropes from his earlier group, the MC began adding in more obvious references to faith as well as stinging critiques of society and the media instead of simply limiting his philosophizing to the rap world. New works haven’t flowed as of late—we’re still waiting for “BABY,” which was due out last year. Despite swinging through town, headlining and supporting shows, One Be Lo’s remained a shadowy figure in a medium clearly engaged with foisting up international stars. Whether or not the MC is set to attain glory or remain a journeyman performer needs to be reconciled eventually. Maybe this Sunday. Get there early to catch Chicago’s ridiculously prolific Verbal Kent and feel free to stick around for some of East Bay’s finest as Zion I and the Grouch headline. (Dave Cantor)