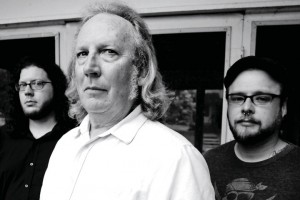 Both The Dead Boys and Pere Ubu spurt out of Rocket from the Tombs’ dirty loins. Constituting Cleveland’s furthest-reaching arms of punk-related ephemera, those two offspring troupes would eventually have their music versioned by Guns N’ Roses, Living Colour and Mudhoney among others. It’s Tombs, though, that’s attained mythic status as a result of widely circulated bootlegs and lack of proper studio output. Craig Bell was that ensemble’s bassist and it was his tune, “Final Solution,” that eventually became the A-side to Pere Ubu’s second single, despite him not being a member of its lineup.

For the same reason RFTT languished in relative obscurity, the Mirrors, one of Cleveland’s first punk-related acts, haven’t attained widespread acclaim. Bell was that band’s bassist as well. Never releasing official recordings, the Mirrors played gigs few attended in some of Cleveland’s least-hospitable bars and neighborhoods. Being anthologized a few times, but never in totality, has allowed a band credited with preparing the Midwest for what would eventually become punk to remain a name most even-obsessive fans of the genre aren’t too familiar with.

Since his time in the Mirrors and RFFT, Bell’s headed up a few different ensembles. His latest, Indianapolis-based The Down-Fi, doesn’t aurally recall his earliest bands. Instead, the group approximates ensembles weaned on The Dead Boys and its ilk, something like Electric Frankenstein or the U.S. Bombs, minus all the pool skating. Issuing “America Now” during 2009 found Bell refining his songwriting skills as “I Am the Muon” feels like an updated vocal version of “Frustration” from his time in the Mirrors. It’s all just a sturdy, Midwestern conception of what rock ‘n’ roll should be. And Bell seems invigorated enough to carry on with it for another few decades. (Dave Cantor)