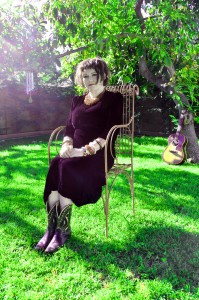 Bloodshot and Big Star join forces one afternoon in April. No, it’s not the plot of a trashy western—although actually, there will be one of those. It’s Chicago-based Bloodshot Records’ Record Store Day label party, at Paul Kahan’s roadhouse-cum-taquería, Big Star. Featuring an acoustic set by Ha Ha Tonka, an eighties-era silent western by punk-rock legend Exene Cervenka and exclusive Bloodshot releases, the afternoon should give fans of the label’s volatile musical brew an event as eclectic as its artists.

Although Bloodshot has sponsored performances at stores around the country for past RSDs, this is the first year that it has thrown a label party just for the day. “We decided to do it primarily because we’d been looking for some kind of event to partner with Big Star,” says marketing chief Pete Klockau. “Their focus on playing vintage country records in the bar coupled with our American-roots-music leanings just seemed like a good fit.”

It is also the first time that the label has brought out special releases just for RSD. On offer is a CD of Bloodshot’s fifteenth-anniversary concert at the Hideout Block Party as well as a limited-edition Justin Townes Earle 7” featuring a track from his latest album and a B-side Bruce Springsteen cover. The CD boasts tracks by the Waco Brothers, Jon Langford, Sally Timms and The Blacks.

The event comes at a peak in Bloodshot’s year. Ha Ha Tonka, a band from Missouri’s Ozarks region that brings together Carter Family-style harmonies and powerful southern rock influences, has just released its third album to excellent reviews. Earle is one of Bloodshot’s brightest stars, appearing on the Late Show with David Letterman and bagging the 2009 American Music Award for best new artist. “He’s certainly a voice on the ascent,” Klockau says. “And you can expect to see that name a lot more as time goes on.”