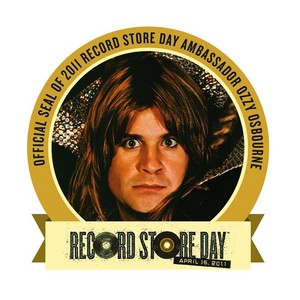 As Chicago gears up to celebrate Record Store Day, here’s a question: why wasn’t cyberspace invited to the party?

Beneath the Record Store Day excitement, beneath the vinyl being spun on shiny turntables in independent record stores throughout the city, there is a quiet humming of discontent. That is, if you listen hard enough.

“Any of my city friends want to go on a Record Store Day shopping spree for me?” wrote Andrew Stratis on the RSD Facebook group this week. He doesn’t live close enough to the stores to go to them, and he isn’t the only vinyl-phile to find himself out of luck for next weekend, seeing as none of the RSD deals are available online. Maybe that’s not really a problem, because Record Store Day is really about celebrating the store, so if you can’t go, you can’t go. But why can’t the record-store community, the one that is so passionately defended by artists and music lovers alike, exist on our computers too?

This is where Seth Frank comes in. He is the founder of SoundStageDirect, which bills itself as “Your Online Independent Record Store.” “I understand that it’s not Record Day, it’s Record Store Day,” he says, “but I think that the online community should be included. If you don’t live near a record store, you can’t take part in it. There are all kinds of record conversations on the Internet, and it reaches more people than sitting around a store.” Beneath his argument lies the idea that RSD doesn’t recognize online retailers as real record stores, and therefore doesn’t want to include them. When I asked him about his business in Palo Alto, Calfornia, I made the mistake of referring to it as a web site. “We’re a record store, but we’re an online one. I mean, how independent can you be? It’s me and six other people!” says Frank. “People ask me what I do, and I say I own a record store. I understand what [Record Store Day is] doing, I just wish we were part of it.”

Eric Levin, one of the founders of Record Store Day and the owner of Criminal Records in Atlanta, defines a record store and its purpose differently. “Record stores are where a community posts its flyers and its identity. Ask the guy at the counter, after you’ve browsed around and listened to what was playing, and checked out the cool stuff (and hopefully, found something groovy to buy), ask the guy, ‘Hey, I’m new in town, what’s up tonight?’ and you’ve taken your first step into the heart of a new city,” he says. Because for Levin, just as a store is about the people in it, the day is about the atmosphere within the retail locations, not just the special records and releases that could be easily made available online.

“My store is in a community, in front of a park, so there’ll be a beautiful carnival atmosphere with other record stores and vendors and customers setting up shop out front and such. There’ll be food everywhere, dog-rescue groups setting up, vegan bake sale for Japan relief—“ he could go on. Happily, Chicago will be blessed with this kind of atmosphere too, and there’s something to be said for the human contact that comes with walking into an indie record store Saturday and joining in the festivities. You just need to be able to get there.

The solution he offers to online retailers like Seth is this: “We wholeheartedly encourage you to participate [in RSD] by visiting a physical retail store, grabbing a beer, enjoying some music, getting to know the owners and workers and hanging out and being cool,” he told me, “I mean, it’s Record Store Day. Step away from the computer for a second and put up a sign that says, ‘Gone to Record Store Day, You Should Too!'” (Lauren Kelly-Jones)