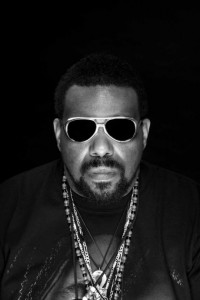 The majority of first-wave MCs and DJs from the South Bronx didn’t record a proper album—or even cut singles. Deciding to remain a party-centric scene may have been less of a business decision than one made for all involved by dint of its participants being teenagers. Without Afrika Bambaataa serving as connective tissue from the era’s first record spinners to resultant crews, whatever we collectively understand as rap would be dramatically different.

Coming out of gang culture, Bambaataa saw music as a way to unify his neighborhood in a positive way, eschewing violence for digging around record stores, locating albums with drum and bass patterns to extend, creating a backdrop for expository talks and choreographed dancing. Sounding like a conductor hellbent on crafting danceable and overtly electronic songs, his first recordings didn’t arrive until the early eighties. Today, there’s an obvious disco feel to some of those productions, but the culture was still working through the seventies, as “Planet Rock” so readily displays.

Developing an Afrocentric view culled from filmic depictions of black folks as much as jazz and hard-funk ensembles from the era, Bambaataa ostensibly envisioned the language producers and DJs use four decades on from his initial neighborhood parties. What’s often glossed over, but understandably so considering the man’s monumental accomplishments, is his costuming. Along with RAMM?LLZ??, another NYC visionary, Bambaataa worked with similar visual concepts as Sun Ra and his Arkestra. It never amounted to a grand Afro-Futurism, but came close. If there’s a musical corollary to draw here, though, it’s probably Kid Ory, who fostered the following generation of jazz players by giving performers like Louis Armstrong a forum to make use of while turning music from entertainment to a distinctly American art form. (Dave Cantor)