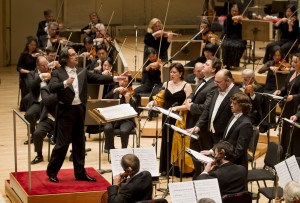 An important step in the recovery of CSO music director Riccardo Muti was to actually perform in public the music that he was rehearsing when he collapsed on February 3. It was during the slow movement of the Shostakovich Fifth Symphony, after having triumphantly performed that music here before taking it to Carnegie Hall last month, that Muti mischievously admitted backstage to toying with using the same spot in the music to take a step back as if the whole thing were happening all over again. CSO president Deborah Rutter looked wide-eyed and white at the prospect, even as a joke, but Muti was elated with laughter at the notion. “No one but the orchestra would have known my little joke,” he reassured her. And yes, Muti teasing like this about his health with what he admits is a “dangerous” sense of humor is a sure sign that things are back to normal.

In fact, the Muti that conducted the Shostakovich and stellar concert performances of “Otello” last month is a Muti that the area has not seen in decades, moving around like a conductor half his age—like the young, matinee-idol Muti of old. This is no frail James Levine situation where the music director remains ill; this guy is moving around like a changed individual. The music making itself is not radically transformed in the sense that Muti’s interpretations with the CSO since returning here in 2008 have all been exquisite, but now, in addition to that, there is an electricity, an energy, that is extraordinary. The players feel it, and are themselves charged by it. Muti admits that he feels it too, and is understandably elated about it. And so, after those extraordinary concerts here and in New York and a return home for the Easter holiday to rest and recharge with his family, Muti is back here ready to tackle his second spring residency of two weeks of concerts, his last scheduled concerts of the 2010-11 season, and leave his fall and winter illnesses and cancellations behind. 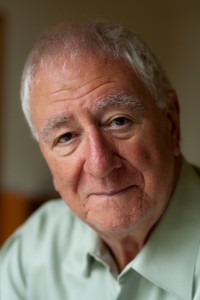 This first week includes the world premiere of Bernard Rands’ “Danza Petrificada,” a piece written for Muti’s inaugural residency season that Muti asked in some way be tied into the bicentennial of the Mexican Revolution. Rands did this not by taking the usual approach of arranging Mexican folksongs for orchestra but rather by incorporating Mexican rhythms into his own orchestral style. Richard Strauss’ glorious tone poem “Death and Transfiguration,” which seeks to portray a dying man’s journey from his heartbeat fading away to a glorious diatonic afterlife, is also on the program, which will conclude with music from Prokofiev’s monumental ballet setting of “Romeo and Juliet.” For Tuesday night’s concert, the Prokofiev will be replaced with the Paul Hindemith Symphony in E-flat Major, a work that Muti feels is not only a neglected masterpiece, but a perfect showcase for his beloved orchestra.

A rare and wonderful opportunity to have a chance to watch Muti inspire young musicians as he prepares and rehearses a program with them occurs next Monday night when Muti leads an open rehearsal of the Prokofiev “Romeo and Juliet” music with the Chicago Youth Symphony Orchestra and the Carlos Chávez Youth Orchestra of Mexico as part of the Chicago Youth in Music Festival. Admission is free, but tickets are required. (Dennis Polkow)