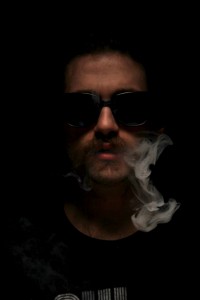 If not for the Good Life Café in Los Angeles and the open mic night it hosted during the nineties, underground rap stuffs would be dramatically different. Project Blowed, a crew cementing its personality at those gigs, included or bumped up against the likes of Jurassic 5, the Freestyle Fellowship and Busdriver. But all things come to an end. Supplanting the weekly arena to showcase verbal prowess, Low End Theory sprouted up, sporting something of a more professional vibe, if not equally raucous. The Gaslamp Killer, a producer and DJ initially from San Diego and one of the heavies behind solidifying the newer weekly event as integral to the local scene, still hasn’t released a proper long player. Instead, he keeps company with the likes of Flying Lotus and the Brainfeeder Records cohort, dispensing similar minded fare, but only in truncated form.

Separating this SoCal beat miner from label and scene mates is his inclusion of more organic sounds. There’s not the same sort of emphasis on electronic propulsion, seating the Gaslamp Killer somewhere between Daedelus and hordes of Ali Shaheed Muhammad imitators. Releasing a trio of low-key EPs, the producer’s first recorded work, 2008’s “The Killer Robots,” a split with Free the Robots, edged out Mos Def’s use of a legally tenuous Selda Bagcan sample. Including Turkish psychedelia in his music doesn’t distinguish this producer from a handful of others working in the medium. But the Gaslamp Killer’s dedication to mining previously overlooked or utterly obscure cuts for inclusion in his work ties the producer into hip-hop’s lineage. Advancing the genre’s important, but doing it in a thoughtful manner’s tantamount to success. No, the Gaslamp Killer isn’t headlining this gig—that distinction falls to Chicagoan A-Trak as fellow Windy City denizen Kid Sister lends support. (Dave Cantor)