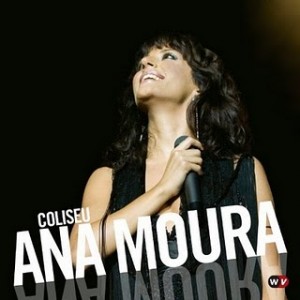 Though marginalized for many years following the end of the Salazar dictatorship in the 1970s, fado—the national music of Portugal—is in full swing, having been rediscovered by a younger generation of fans and musicians both in its native land and abroad. Like the late Amalia Rodrigues, fado artists often tour internationally, and have become stars in their own right.

Evidence of this are two records recently released in the US, Ana Moura’s “Coliseu” and guitarist Custodio Castelo’s” The Art of The Portuguese Fado Guitar,” which help us understand more about this bluesy genre that dates back to the mid-nineteenth century.

“Coliseu” was captured live during a 2008 show in Lisbon. Backed by a simple trio formed by  Jose Manuel Neto (Portuguese guitar), Jose Elmiro Nunes (Spanish guitar) and Filipe Larsen (acoustic bass guitar), Moura goes through favorites from her own repertoire and also standards like  “Lavava no Rio Lavava,” a song co-written by Amalia Rodrigues, and  “E Viemos Nascidos do Mar.” Her voice is very dramatic and the band is impeccable. Though the concert was recorded in a very large venue, the music is still very intimate. You can hear her proximity to the audience, how well she communicates with her fans. Among the best moments are the emotional ballads “Sou do Fado, Sou Fadista” and the closing number “Os Buzios,” which Moura sings accompanied by a chorus of thousands. 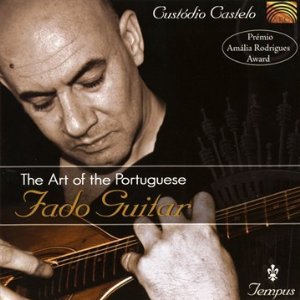 “The Art of The Portuguese Fado” is more like a study of the form. Castelo is one of the most sought-after musicians and composers in the genre (he wrote all the songs on the disc and also others on Moura’s record), and has played with countless singers, including Amalia Rodrigues, Mariza and Placido Domingo. On this record, he takes us on a journey through the genre, playing multiple instruments and going through many variations of the style. One example is “Amsterdam,” a gorgeous duet between his guitar and Ricardo Dias’ flawless accordion (an instrument rarely used in fado). He also blends Portugal with Argentina with “Dança em Tango,” a syncopated medieval-like dance.

Other standouts include the heartfelt “Homenagem a Paredes,” a sad tune written in honor of guitar master Carlos Paredes (1925-2004), who fell ill and was unable to play his instrument for the last decade of his life, and “Prece,” a tune based on the poetry of Pedro Homem de Mello—the sole track with vocals, sung here by veteran vocalist Cristina Maria.

Both records include detailed liner notes and biographical information in English and French. Though released separately, listening to them together (or putting them on your playlist in shuffle mode) makes them sound like companion pieces. (Ernest Barteldes)