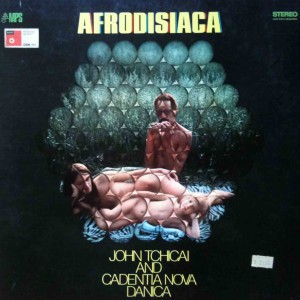 Working in a Southeastern Ohio coffee shop afforded me some interesting cultural observations while coinciding with a time when exploring jazz recordings became a time-consuming habit. Digging into John Coltrane’s 1965 “Ascension,” which probably shouldn’t be a listener’s introduction to the saxophonist, happened primarily at work, in the company of various customers, students and thin-lipped yokels. After twenty minutes or so of the recording, a woman belonging to that latter group of people asked me if any of the players knew how to properly handle their instruments. Fair question, if not an amusing one.

John Tchicai—along with ‘Trane, Archie Shepp, Pharoah Sanders and Marion Brown—made “Ascension” a musical work unsuitable to ears accustomed to sucrose melodies and pop songs. One’s not better than the other, just tremendously different. And by ’65, Tchicai, a Copenhagen native, already knew which strain of music he’d truck in for the next fifty years. Since then, he’s led innumerable ensembles, recorded “Afrodisiaca,” “Willi the Pig” (repackaged by Atavistic and overseen by Chicago’s John Corbett), toured the world and been embraced by Thurston Moore.

There aren’t too many cities willing to welcome freely improvised music, so Chicago’s Hungry Brain, which hosts weekly showcases of this particular take on performance, becomes an indispensable stopover for touring European and open-minded American players. Celebrating its tenth year of being a cash-only dive, but a charming one, allows for such a figure, whose playing looms large over contemporary practitioners, to show up for a reasonably priced gig. Joining Tchicai this Sunday is the Engines, a local ensemble comprising Jeb Bishop on trombone, saxophonist Dave Rempis with Nate McBride and Tim Daisy keeping time. (Dave Cantor)