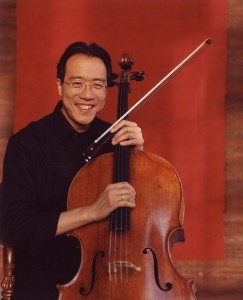 You could see the anxiety on the faces of the young orchestra players from across the United States and Mexico Monday night as they looked out at the vast crowd eavesdropping on their Symphony Center rehearsal, and of course, waiting for the arrival of no less than Riccardo Muti himself to work with them.

Muti, being Muti, sensed this coming onstage, and put them immediately at ease. “They don’t know me,” Muti said, turning to the audience, “and so, like any orchestra working with a conductor for the very first time, they wonder, ‘Is he nice? Does he know the music?’” The kids laugh, and Muti adds,“What they don’t know, is that I am thinking the same thing!”

As the 2011 Chicago Youth In Music Festival Orchestra does a read-through of the “Montagues and Capulets” section of Prokofiev’s “Romeo and Juliet,” Muti watches every player very carefully, and later speaks to them about the importance of constant eye contact between a conductor and an orchestra. When one cellist’s face is actually not visible to him, Muti gets up and walks over and introduces himself and rearranges the stage so that the cellist can be seen. “I could only see a blonde head,” he says, “and the eyes communicate everything.”

Indeed they do. When specific players were nervous or having rhythmic trouble, Muti sought to reassure them by having them watch him and in most cases, they managed to forget that a celebrated powerhouse maestro was “supervising” them and rather, took it as a father figure cajoling them, encouraging them. When one player’s mistake was repeated several times, Muti asked with genuine concern if he was feeling alright.

The most fascinating aspect of this rehearsal was watching Muti peel away music like an onion in a way that would rarely be necessary with an orchestra such as the CSO. In difficult passages, he would have individual sections, even individual players, play their part and guide them through every aspect. “Can we treat that like a phrase, not just a series of notes?” and then would sing for them how it should sound. “Yes, that is very good, but it is cold. For them [the audience] to feel this, we must feel it. We express feelings together, and in that sense, our profession is unlike any other.” 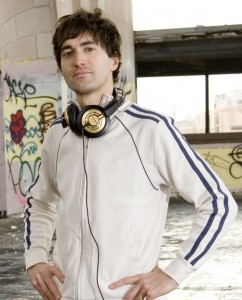 After careful sculpting and rebalancing, the playing really did rise to a much higher level. “You sound like a very good orchestra,” said Muti, the kids beaming with pride. “Is better, no?” said Muti to the audience, which offered sustained applause. “The applause is all for you,” said Muti to the orchestra, “I just talk: you make the music.”

Muti and the Chicago Youth In Music Festival Orchestra will give a concert with CSO creative consultant and cellist Yo-Yo Ma on Sunday afternoon that is also free and open to the public, although tickets are required at www.cso.org or by calling (312)294-3000.

Schumann’s Cello Concerto with Yo-Yo Ma as soloist will be the centerpiece of Muti’s final week of the CSO’s 2010-11 season along with Richard Strauss’ tone poem “Aus Italien,” and a piece by CSO composer-in-residence Mason Bates, “The B Sides: Five Pieces for Orchestra and Electronica” that replaces the originally announced Bates’ world premiere that will be heard next season. (Dennis Polkow)